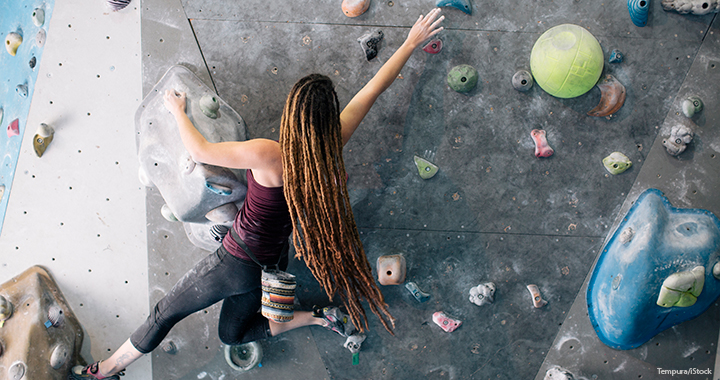 Women regularly nibble at the glass ceiling with a little help from male allies.

According to the AICPA Trends 2021 report, of the respondents who participated and shared their 2020 data, 39% of the firm’s partners across the country are women. And in 2021, women held nearly 25% of leadership positions, an increase of five percentage points since 2016, according to business consultancy McKinsey’s joint report with LeanIn.org, a grassroots organization that brings together women from all walks of life. .

For some women, including Tracey Walker, National Culture, Diversity and Inclusion (CDI) Manager for RSM US LLP, sponsors have been key to their career advancement.

His mentor, sponsor and ally, Richard Caturano, CPA (retired), CGMA, past president of the AICPA and founder of RSM’s CDI program, decided to actively pursue diversity and inclusion at RSM when he realized that the problem of gender inequality was not going to solve itself.

“A lot of people told Rich not to look into a controversial topic like inclusion,” Walker said. “And against their caution, he decided that a focus on inclusion was necessary for the accountancy profession to be relevant and prosperous in the future.”

Several studies suggest that gender diversity at all levels of an organization is good for business.

“Studies from MIT, Harvard, and Catalyst all indicate that including more women broadens perspective and improves overall performance, which increases earnings and the ability to be innovative and creative in problem solving and development. customer service,” Walker said. “It’s essential to attracting, retaining and advancing women in a compelling and relevant profession for the future.”

Walker will talk about her experiences on the Break the Bias panel at this year’s AICPA & CIMA Global Women’s Leadership Summit, but here are some of her top tips on how sponsors and allies can support women in the workplace. their organizations.

Be aware of prejudices. The term “unconscious bias” implies that people are not even aware of their biases.

“The reason it’s called an unconscious bias is because it’s not intentional,” Walker said. “People can make choices based on their preferences – which makes them feel more comfortable or safer, so yeah, I think biases are always there until someone challenges the norms and asks what they are missing by omitting a woman’s point of view.”

Walker thinks the first step in tackling unconscious bias is to bring it into awareness by asking questions. For example, if your management team is made up of all white men of a similar age and background, you need to ask yourself why this is the case and ask yourself if this homogeneity is in the best interest of your customers. and your organization.

Or when you’re in leadership positions, start asking yourself why you feel compelled to choose one person over another.

“I believe people intellectually understand gender equity, but when it comes to making a safe choice, they might start making assumptions instead of just asking women what they want to do,” Walker said. “If some think a woman might not be suitable for a role because they have young children, the inclusive leader pauses to wonder if the opposite was true?”

Acquiring understanding and daring to be vulnerable. When Caturano founded RSM’s CDI program in 2013, he began by leading a focus group to better understand people’s needs from a culture, diversity and inclusion perspective.

“The first act of an inclusive leader is to seek perspective and understanding before acting,” Walker said.

She added that to truly understand another person’s perspective, leaders need to be vulnerable and inquisitive and ask “brave questions”.

For example, Caturano showed vulnerability by asking Walker questions such as “I may be clumsy in the way I say this, but can I ask you a question about being a woman in our profession? ?”

“He went first and created a safe space for my authenticity and growth, and that’s what real mentors do,” Walker said. “By sharing their own stories, by sharing their successes and failures, it lets you know that you can try something new, be bold and even fail, but you will live to serve another day and learn from it. “

Take micro-actions that have a major impact. There are many small, seemingly insignificant things that Allies, Mentors and Sponsors can do every day that have the potential to dramatically improve the workplace for women.

For example, if you attend a meeting that a woman leads but everyone greets the man as if he were the authority, a mentor might say, “I’m so excited to have him here with us. She’s amazing, she’s an expert with valuable experience, and she has a great conversation planned for us today.”

“We call them micro-actions with macro impact that can change the experience of women and, moreover, model inclusive behavior that changes the mindsets and skills of others, including our clients and people who might judge the profession as an outdated relic in a world of innovation,” Walker said.

Walker believes sponsors should constantly support and advocate for the women on their teams, including (and perhaps especially) when they’re not in the room. This could mean speaking up when someone questions a colleague’s abilities based on their gender or suggesting an experienced woman on your team for a project or promotion.

Create initiatives and measure progress. Walker and Caturano have learned from experience that very little will get done without intentional interventions.

“If you say you’re intellectually committed to the advancement of women in your business, but you don’t have programs, mentorship or anything to counter 100+ years of history, then you don’t you’re not going to progress,” Walker said. “You need affinity efforts, measurable interventions, and you need a platform and a safe space for women’s voices to be heard.”

Walker recommends that businesses and organizations begin by completing an Intercultural Development Inventory (IDI) assessment, if they haven’t already, to understand their starting point.

They can then move to a programmatic construct that empowers people to examine parity, reimagine talent experiences, and be heard, perhaps employing networking groups that create safe spaces for women to design their own program, mentor each other and lead discussions to learn and train the next generation of women.

She added that women as leaders must recognize their own power and seize opportunities.

“That’s why I love [the AICPA & CIMA Women’s Global Leadership Summit], because it reminds us of the strengths of women and the value we bring,” Walker said. “And to allies, what a tremendous opportunity lies right next to you on your team. We cannot continue to debate. It’s time to act for stronger, more powerful gender outcomes.”

This year’s summit features three days of sessions on leadership, diversity and best practices to enhance the skills and potential of women leaders within the accounting and finance community. Lessons learned include recommendations and ideas on how to implement women’s initiative programs to raise awareness within a company, tips on how to best recruit, retrain and reward female professionals , and ideas on how best to balance work and personal life.

— Hannah Pitstick is a content writer for the Association of International Certified Professional Accountants. To comment on this article or suggest an idea for another article, contact Courtney Vien at [email protected].