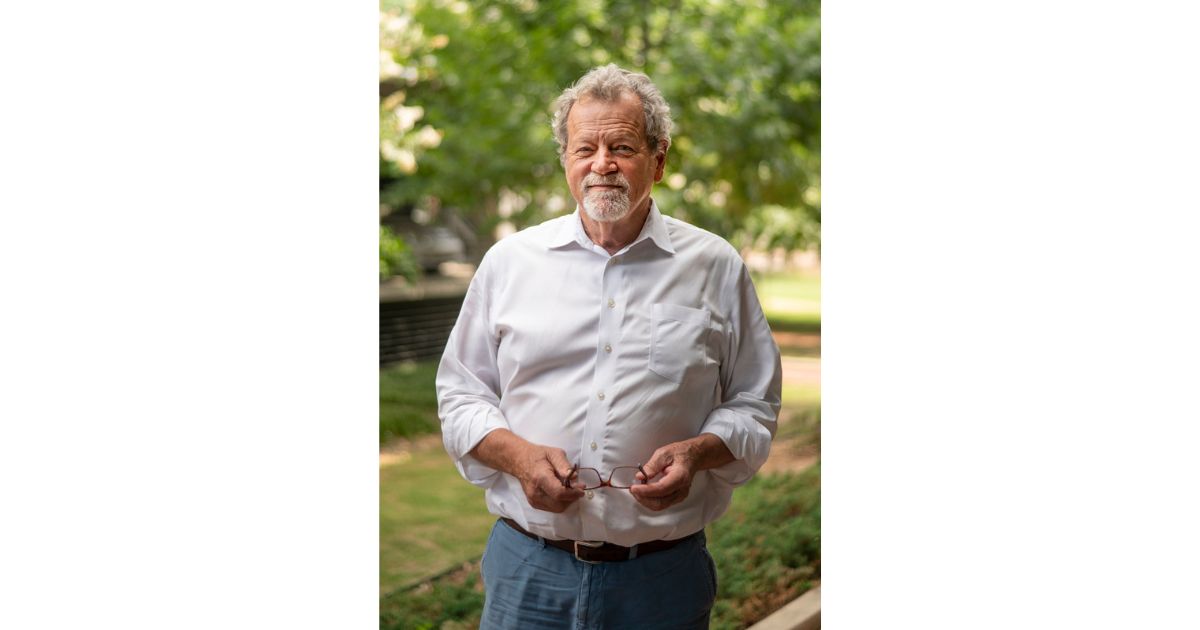 This article originally appeared in Verdict, a magazine published by the National Coalition of Concerned Legal Professionals.

The state of Arkansas, along with more than 30 other states, now requires anyone doing business with their state to first sign a pledge not to boycott Israel. Lawyers, plasterboard installers, school teachers… everyone has to get involved. The legislation, prepared by the conservative American Legislative Exchange Council (ALEC) and promoted to largely Republican lawmakers, is intended to counter the Boycott, Divestment and Sanctions (BDS) movement, an international effort to pressure Israel to moderate its policy towards the Palestinians.

Writing in Editor and Publisher, Mike Barnicle, an NBC and MSNBC media commentator, wrote, “What’s next? Will the Massachusetts Legislature require any state corporate body operating for the state to be penalized for not advocating for a united Ireland? It’s comical, absolutely comical. Are we going to have 50 state foreign policies?

Come now an investigative piece from the Center for Media and Democracy detailing another ALEC anti-boycott initiative unveiled at the December 2021 closed-door rally of ALEC lawmakers and Republican states. The new initiative, which began rolling out in Republican-dominated legislatures in 2022, targets banks, universities, investment firms and other financial entities that divest fossil fuel-related assets to investment in renewable energy.

ALEC, which led us to fight critical race theory, among other culture war initiatives, now describes corporate policies to shift investments from dirty energy to clean energy as “theory critical energy. ALEC is funded by Koch Industries, Chevron, Peabody Energy and Duke Energy, among others. The “model” legislation requires companies to pledge not to boycott fossil fuel investments if they want to continue doing business with the state. This anti-boycott law is inspired by a law already adopted in Texas, Oklahoma and North Dakota.

In September, a third variant of the anti-boycott law surfaced in Texas, this one targeting banks and other companies that have policies against investing in the gun industry.

I’m a somewhat reluctant authority on anti-boycott legislation, having sued the state of Arkansas in 2018 after the Arkansas Times lost his state publicity for refusing to sign a pledge not to boycott Israel. We don’t boycott anyone, but we refuse to take what is essentially a political position in exchange for publicity. For us, it is a question of freedom of expression and it has nothing to do with Israel.

So far, efforts to overturn anti-boycott laws in federal courts have had encouraging but mixed results.

Initially the Arkansas Times lost in Federal District Court in Little Rock, the judge agreeing with the state that the boycott is “neither speech nor expressive content”, but an economic activity, not political speech and therefore subject to the regulation of the state.

We were amazed. The founding myth of this country revolves around the boycott of tea. The 1956-57 Montgomery bus boycott to end segregation, the 1965 Delano boycott to protest the exploitation of farm workers, the anti-apartheid boycott and surrender movement against the South African government South were all clear examples of boycott as a form of political discourse and activism. In 1905, Chinese merchants boycotted American goods to protest the extension of the Chinese Exclusion Act, which prohibited all Chinese immigration to the United States. the Dearborn Independent, causing Henry Ford to shut down the paper.

We appealed to the St. Louis 8th Circuit before a three-judge panel last February and won. The three-judge panel concluded that the anti-boycott law was not just about business transactions, but involved First Amendment rights. The judges relied on NAACP v. Claiborne Hardware Company. In Claiborne, a unanimous US Supreme Court upheld the right to boycott as a method of collective political speech. The Court determined that the nonviolent elements of the NAACP’s boycott of white merchants to promote equality and racial justice were an exercise of the boycotters’ First Amendment rights of speech, assembly, and petition and entitled to First Amendment protection.

But in June 2021, a rehearing of our case before the full 8th Circuit was ordered and the rehearing was held last September. The full appeals court overturned the three-judge panel on June 22. We are represented by the ACLU and plan to appeal to the US Supreme Court.

Fortunately, our situation seems to be the exception rather than the rule. A new documentary, “Boycott,” follows three plaintiffs, Bahia Amawi, a Palestinian-American speech therapist in Austin, Texas; Mik Jordahl, legal counsel in Arizona, and myself. The Texas and Arizona laws were struck down, as were the Georgia and Kansas laws. Texas then passed an Israeli anti-boycott law targeting only large state contracts, assuming, perhaps, that a company wouldn’t risk losing deals worth millions by refusing to sign. That law was also struck down after a Palestinian contractor who has done business with the city of Austin for years challenged it in federal court, refusing to sign.

Judge Andrew Hanen wrote: “The contemplated speech may make some people – especially those who identify with Israel – uncomfortable, anxious or even angry. Nonetheless, speech — even speech that upsets other segments of the population — is protected by the First Amendment unless it escalates into violence and misconduct.

Unlike anti-boycott legislation on fossil fuels and firearms, laws intended to protect Israel feature a fascinating alliance between fundamentalist Christian organizations like Christians United for Israel and the State of Israel.

In Boycott, Israeli journalist Itamar Benzaquen traces a convoluted and winding financial trail devised by the Israeli government to hide the fact that it was surreptitiously funding American lobbyists and conservative religious organizations to help pass anti-boycott laws in legislatures. States. Its investigation revealed that Christians United for Israel had received $1.3 million from the Israeli government through fictitious organizations designed to hide the state origin of the money. Other pro-Israel groups, including Eagle’s Wings, Hasbara Fellowships, America-Israel Friendship League and the Israel Allies Foundation, have also similarly received large sums.

Arkansas Sen. Bart Hester (R-Cave Springs), a self-described evangelical Christian conservative, was the Republican majority leader in the state Senate when he introduced the Arkansas Israel anti-boycott legislation. According to his reading of Revelations and other books of the Bible, the second coming, Armageddon and the end of the world cannot take place until Israel regains its biblical borders and restores its capital city to Jerusalem. Thus, it is incumbent upon Christians to support a strong and resurgent Israel, even if this will, in their view, ultimately result in the destruction of the Jewish people as well as all non-Christians. Here is Senator Hester speaking on camera in “Boycott”: “There are certain things that are going to happen in Israel before the return of Christ. There will be famines, diseases and wars. And the Jewish people will return to their homeland. At that time, Jesus Christ will return to earth. Anyone, Jew or non-Jew, who does not accept Christ, in my opinion, will eventually go to hell.

I was raised in the church and I know that interpretation, even though nowhere in the Bible does it come out and say what Senator Hester says. The idea that we are making policy, even foreign policy based on the fantasy and prophecy of the religious fringe, is troubling. Senator Hester and the State of Israel are confusing religion and law in a way that we believe violates our First Amendment rights.

It is worth nothing that these laws were also passed in states that are not dominated by Christian fundamentalists. As of 2021, 35 U.S. states have passed laws or executive orders that penalize companies, organizations, or individuals who engage in or call for boycotts against Israel. In 2016, California began requiring major contractors doing business with the state to pledge not to boycott Israel. In New York, then-Governor Andrew Cuomo issued an executive order requiring the state to divest from companies on a list the state said boycotted Israel, and Senator Chuck Schumer introduced anti-Israeli legislation. -boycott.

In remarks aimed at the business community, Cuomo said, “If you boycott Israel, New York will boycott you.”

When the anti-boycott laws started popping up, I didn’t take them seriously, just calling them more culture war demagoguery. I was wrong. Anti-boycott laws are dangerous. This is a pattern that is used against multiple targets. First it was BDS, then it was investors fighting climate change, then gun control, and now the gun industry. And after? These laws remind me of the recent Texas anti-abortion law that gives citizens the right to sue abortion providers, which, in theory, prevents the state from being sued on constitutional grounds. There is now legislation pending in Blue California using the same model but targeting gun manufacturers.

If the Texas approach is upheld by the Supreme Court, then no constitutional rights, including the Second Amendment, are guaranteed.

These laws are a malignant virus, constantly mutating and creating new variants that squarely target the Bill of Rights.