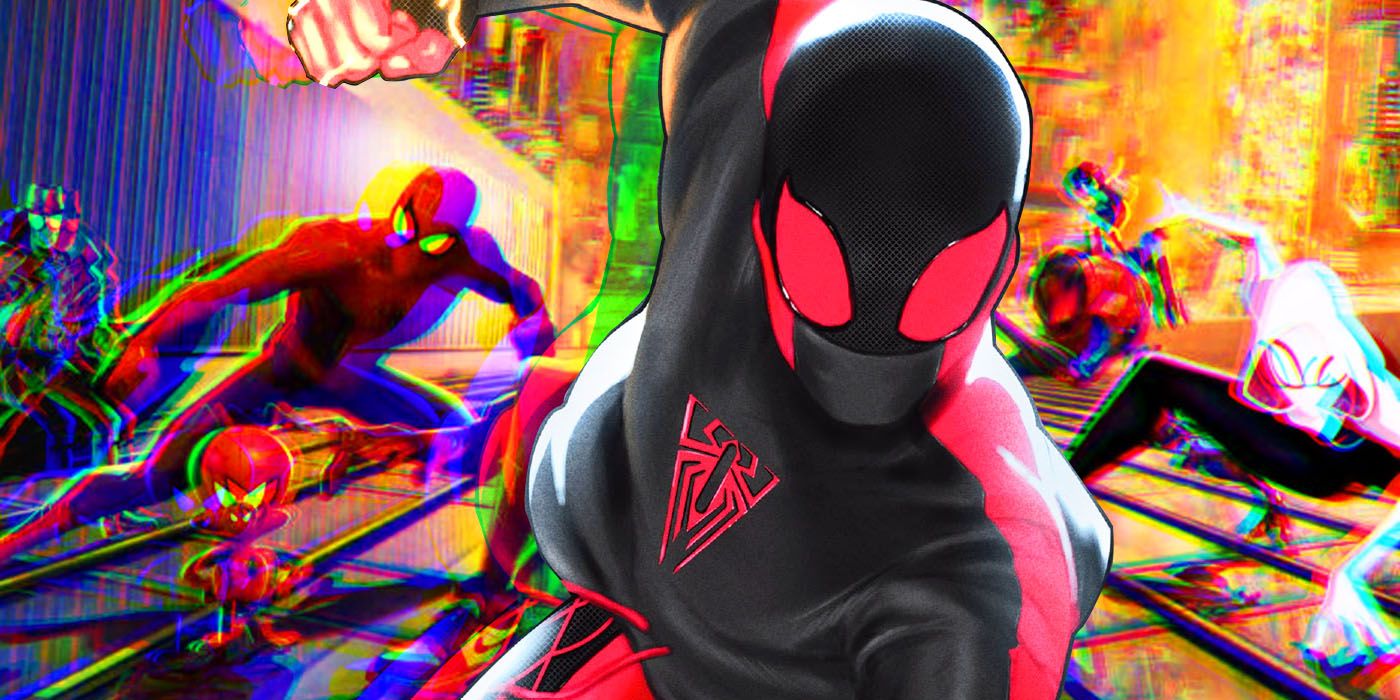 Beyond Corporation sends Miles Morales’ Spider-Man into the Spider-Verse

Miles Morales just discovered what Beyond Corporation has been working on from the shadows, and it brought him back to the heart of the Spider-Verse.

Miles Morales is no stranger to taking on seemingly unstoppable foes, but nothing could ever have prepared him for the myriad threats that have arisen thanks to the Beyond Corporation. Besides the possibility of impending legal action, Beyond tormented Miles through the sinister Assessor and the untouchable Quantum. Worse still, Miles has just discovered he’s not the only young Spider on Beyond’s radar, and the terrifying truth has thrown him headlong into the Spider-Verse.

Miles and his hulking clone Shift have fought their way into the Assessor’s fortress. After turning the tide of battle and convincing the Quantum-empowered Space Stone to join their side of the fight, the heroes make quick work of the Assessor himself. Although Quantum takes his leave rather than staying to further confront Beyond Corporation, he orients the heroes to what their enemies have been up to behind the scenes. As revealed in Miles Morales: Spider-Man #35 (by VC’s Saladin Ahmed, Michele Bandini, Luigi Zagaria, Elisabetta D’Amico, David Curiel, and Cory Petit), Beyond watched heroes in different dimensions. Alongside familiar faces like Spider-Man Noir and Spider-Gwen, Miles spots his long-lost uncle Aaron Davis, and that’s all it takes to get back to the multiverse.

Miles’ relationship with his Uncle Aaron, the former Prowler of the Ultimate Marvel universe, has long been an important part of his journey as a hero. While Miles’ new mission to rescue Aaron from where he ended up is certainly commendable, this particular revelation seems to have overshadowed the horrifying implications of the biggest discovery that was made. Even though there are non-Spider heroes seen in Beyond’s monitors, including Miles as Captain America, the vast majority of them are pretty much the same ones Miles fans know best, and they are all easily marketable.

Given Beyond’s efforts to make Ben Reilly their own corporate superhero, as well as their interdimensional bureaucratic nature, it’s safe to assume that this is all an extension of those same efforts. If Beyond has managed to carve out a superhero brand for himself elsewhere, Miles could be facing an even greater threat than the ones he just defeated.

On the other hand, if Beyond Corporation had undertaken the same efforts on alternate Earths as in the main Marvel Universe, they might unwittingly position themselves to become the next enemy that unifies the heroes of the Spider-Verse. Beyond certainly doesn’t pose the same kind of threat as the Inheritors, though Morlun and his ilk have proven just how devastating it can be to take on spiders in a multiverse at once. Especially if Miles can reunite with the allies he’s already created during his latest Mutliversal adventure, there may be nothing Beyond can do to stop him from ending their plans on his world and everyone else’s.

Why did Bruce Wayne’s parents take a shortcut to Crime Alley?

John Dodge has been a big consumer of comic books and nerd culture for as long as he can remember. An expert in competitive games and obscure children’s shows from the 80s and 90s, John has far too many opinions on the Beetleborgs for someone in their 30s. You can find him occasionally chatting about it on Twitter at @JohnJDodge.

Criminal offenses against the tax code