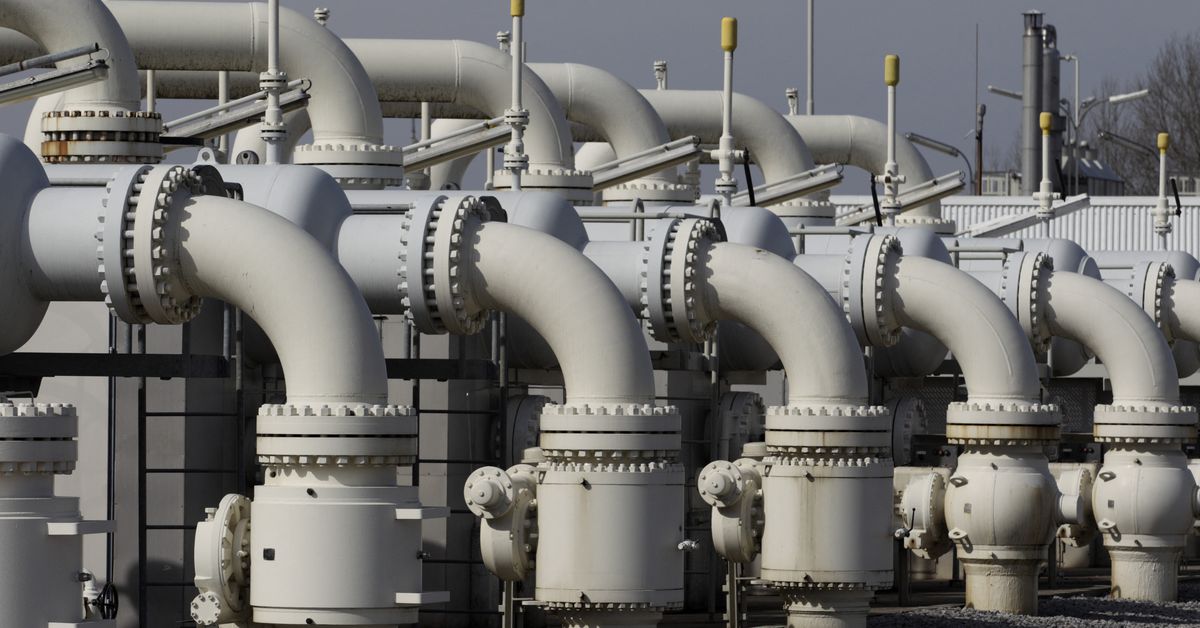 LONDON, Jan 25 (Reuters) – Gas stocks in Europe are expected to be sufficient to avoid an interruption in gas supply and power generation before the end of winter, provided there is no there is no prolonged interruption of pipeline gas imports from Russia.

The futures price structure implies that traders currently view the probability of a gas supply disruption as low; expect it to be resolved quickly; or could be covered in the short term by an increase in LNG imports.

The amount of gas stored in Britain and the European Union (EU28) was equivalent to 473 terawatt hours (TWh) on January 23, the lowest for the time of year in more than a decade, according to Gas Infrastructure Europe .

Inventories have already been depleted by 392 TWh in the past three months since their peak on October 21, and inventories are expected to continue falling for another two months, based on the experience of the past decade.

Since 2012, the minimum post-winter inventory level has occurred between March 16 and April 19, with the median near the end of March (“Aggregated gas storage inventory”, GIE, January 25).

Inventories should end the winter very low: the expected end of winter carryover is 220 TWh with a range from 86 TWh to 331 TWh.

At these levels, there is a risk of localized shortages putting pressure on the supply of domestic users, industrial customers and electricity producers.

In all but the most extreme scenario, however, there should be sufficient regional inventory to avoid the risk of widespread physical shortages before winter ends.

And with each passing week, with near-normal temperatures and gas consumption, the risk of inventory becoming critical before the end of winter diminishes at an accelerating rate.

The calendar spread of Dutch benchmark gas futures with deliveries in March and April reflects traders’ expectations for inventory levels at the end of the winter depletion period.

The March-April gap narrowed to a discount of just 8 euros per megawatt-hour from 45 euros in mid-December, in line with the much more comfortable inventory outlook.

The gap would likely have narrowed further had it not been for the dispute between Russia on the one hand and the United States and its NATO allies on the other over Ukraine.

The gap incorporates a small but not zero probability that the dispute will escalate and threaten gas pipeline flow from Russia to Europe.

If the dispute results in the imposition of sanctions by the United States, NATO and the European Union, and Russia responds by threatening or effectively reducing gas deliveries, the risk to stocks would increase sharply.

However, if the Russian government hopes to use the gas in its escalation strategy, it will need to quickly bring the confrontation to a climax before the leverage of this source diminishes as winter draws to a close.

In an effort to calm the market, senior US politicians have tried to identify additional LNG supplies to provide an alternative to Russian gas to give US diplomats more room to threaten sanctions.

It is unlikely that alternative supplies can be made available on a sufficient scale to cover a sustained reduction in pipeline flows, but the effort is aimed at mitigating any price spikes and reducing this as a form of Russian leverage.

In reality, the effort is likely to fail unless any pipeline supply disruption is resolved very quickly, within days or at most weeks.

If the confrontation escalates further over the next 7-14 days, or if there are signs that the economic escalation is getting out of control, the gap between March and April is likely to explode quickly.

If the showdown is postponed until later in February and European temperatures remain close to normal, the impact on spot prices and calendar spreads will likely be much smaller.

John Kemp is a market analyst at Reuters. The opinions expressed are his own.