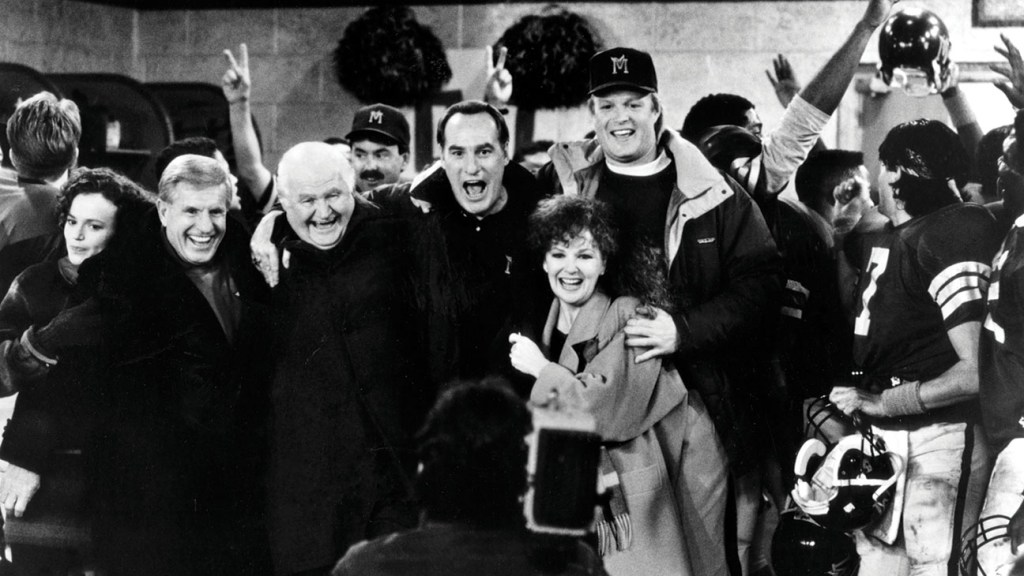 Craig T. Nelson calls out corporate decision-making in the age of streaming – The Hollywood Reporter

The public clearly appreciates Ted Lasso, the Apple TV+ series that earned 20 Emmy nominations this year to tie its 2021 mark and top the comedy pack again. But it’s not the first comedy series to score points with viewers and voters by focusing on a coach who succeeds against the odds.

While Jason Sudeikis’ Lasso is an American college football manager venturing into the world of English football, Craig T. Nelson starred on ABC Coach as Hayden Fox, a gruff leader tasked with guiding his football players around the fictional state of Minnesota – while eventually bonding with assistants Luther (Jerry Van Dyke) and Dauber (Bill Fagerbakke), getting to know his estranged adult daughter Kelly (Clare Carey) and falling in love with TV news anchor Christine (Shelley Fabares).

Series creator Barry Kemp, who previously wrote for Taxi and created Newhartrecalls ABC’s skepticism over Nelson’s casting, given the actor expressed frustration when the network canceled his drama series Call to Glory in 1985 after just one season. Fortunately, they granted him an audition. “I don’t know if I could say it felt like a special project at first, because it was a bit long,” Kemp recalled. The Hollywood Reporter. But the series was launched in 1989 and gradually found its audience, for nine seasons before ending in May 1997.

Nelson still appreciates the chemistry of the cast and tells THR proudly, “We had lunch together every day for nine years.” The show garnered 16 Emmy nominations and two wins, including Nelson’s 1992 triumph as Best Actor in a Comedy. “I was a bit shocked – it was very meaningful,” he said of the win.

Looking back on his time with the show, the star makes it clear that producing television in the age of streaming feels very different to what he remembers with. Coach. He remembers only three people responsible for making creative decisions on comedy: Bob Iger, who was named head of ABC Entertainment the year Coach launched and was an early supporter of the series; Kerry McCluggage, president of Universal Television; and Kemp.

“It was a much smaller community in terms of the companies that ran or ran television,” he says. “It’s more business decision-making which I think took away the elements of spontaneity and inventiveness. And there’s a lot of fear now in the business in terms of decision-making. When we were doing Coach, we basically had three people involved in everything we did. We didn’t have an audience of 15 people making decisions.

Nelson praises the space that the Coach the team was given to experiment and take risks. “The freedom we had was bigger and it was probably easier to push things forward that you think benefit the show,” the star explains. “And that could be a change in the direction of the show. It could be a character change. It could be decisions regarding the season. It involved a lot of things – you were more involved. So that was a time that I look back on now, and it would be very difficult to do that, at least in my experience.

According to Nelson, these changes in the industry can be attributed to the rise of streaming culture, which he says has led to an influx of decision makers who he feels are more corporately trained than creatively trained. That said, he feels lucky for his own career path and points out that NBC parentingon which he starred as patriarch Zeek Braverman, and CBS’ Young Sheldonwhich he reverts to as Dale Ballard, was also given similar freedom.

“When streaming came along, it opened things up,” he says of adding new platforms and opportunities for projects. “But what did it do?” It gave you an overabundance and, at the same time, that kind of stress to make sure it was successful, whatever that meant. So you had a lot of people involved in making that decision because you had people who hadn’t necessarily grown up in the business now running shows and writing them.

In 2015, NBC awarded a 13-episode order for a revival series, enlisting Nelson and Fagerbakke to reprise their roles and Kemp to return as showrunner. But the project never aired. However, the positivity of the show’s first run lives on, and Nelson had a great time on set: “The laughter was contagious, and that’s what I remember the most.”

A version of this story first appeared in a standalone August issue of The Hollywood Reporter magazine.

Check messages, eligibility criteria, how to apply and other details here