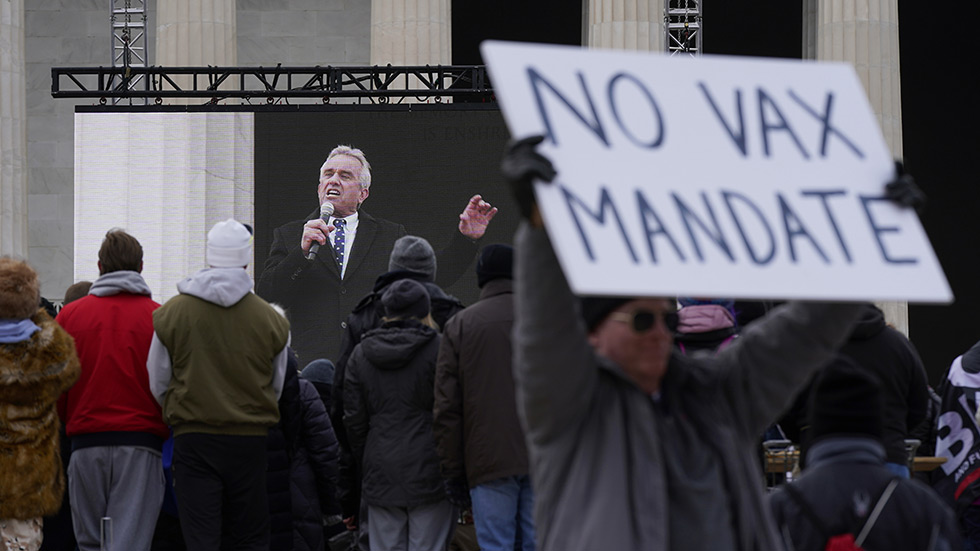 Facebook takes down the page of the anti-vaccination organization led by Robert F. Kennedy Jr.

Meta on Wednesday deleted the Facebook page and Instagram account of Children’s Health Defense, an anti-vaccination organization led by Robert F. Kennedy Jr., over what it said were repeated violations of its COVID-19 policy.

A spokesperson for Meta told The Hill that the page was taken down for “repeated violation of our policies”.

The spokesperson specifically cited Meta’s policies regarding COVID-19 and vaccines, which prohibit content that may encourage people infected with COVID-19 to attend events in person, interferes with the administration of coronavirus vaccines and encourage people not to get vaccinated against the virus.

In a statement provided by Children’s Health Defense, Kennedy said, “Facebook is acting here as a surrogate for the federal government’s crusade to silence any criticism of the government’s draconian policies. Our constitutional framers recognized this peril of government censorship.

The Children’s Health Defense Facebook page primarily shared articles generated by the organization itself, many of which focused on topics such as chemicals in household products and their possible effects on human health; Pharmaceutical industry; and critical elements of pandemic mitigation methods.

A post shared on the page claimed that masks were ineffective in slowing the spread of COVID-19 and speculated that they may actually increase a person’s risk of infection, although the secondary study cited in the article did not provide evidence of how this might happen and the author acknowledged that proving this theory “can be very difficult”.

The organization bills itself as dedicated to “exposing fraud and corruption within the Centers for Disease Control and Prevention and the pharmaceutical industry.” Since the start of the pandemic, the organization’s online followers have grown exponentially, with more than 127,000 followers on Twitter as well as nearly half a million followers Kennedy has on his own account.

Children’s Health Defense has been criticized for selecting data and pushing conspiracy theories to sow distrust of vaccines. He has also frequently pushed the unproven theory that vaccines can cause autism.