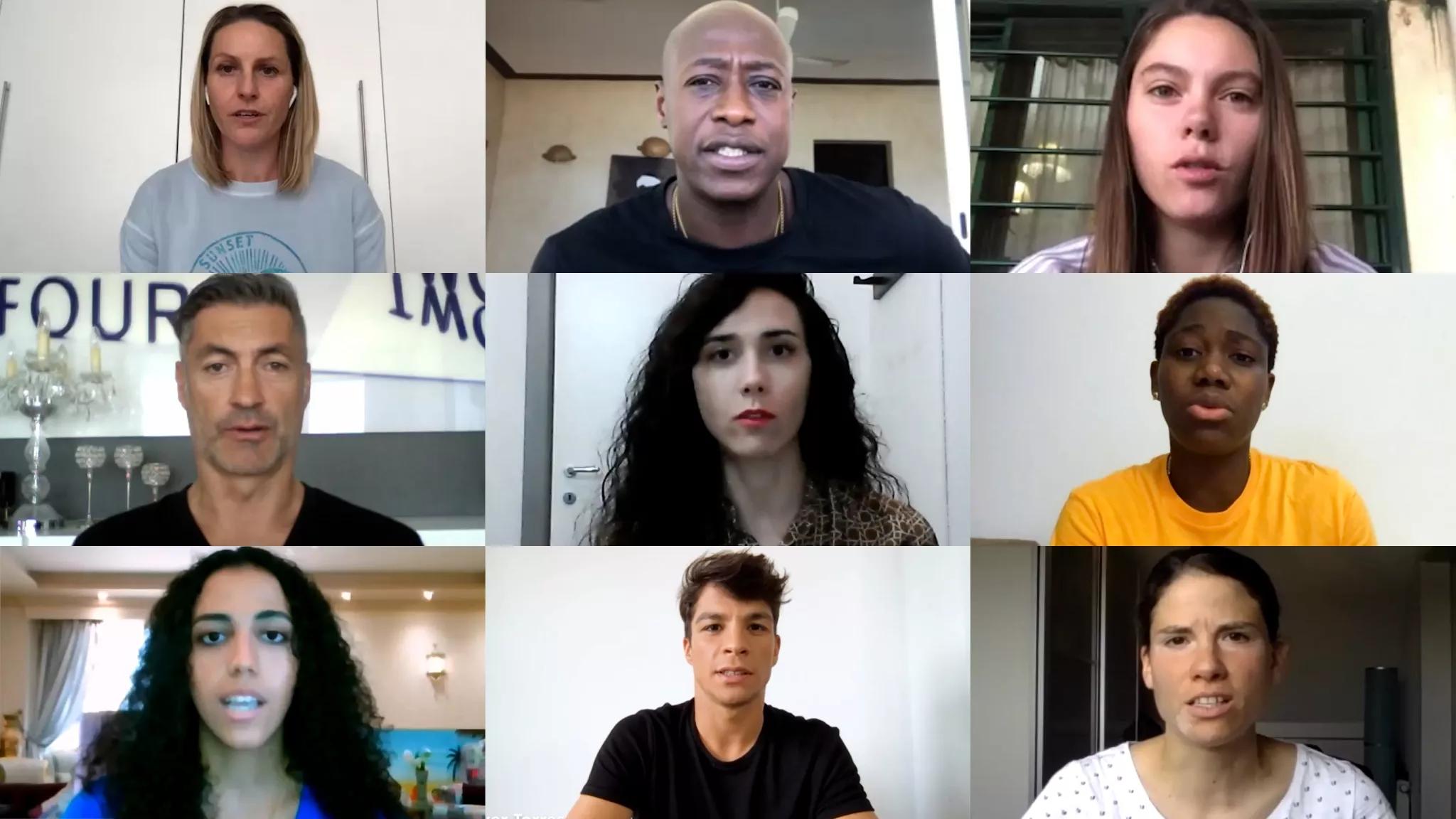 FIFA and the World Health Organization have teamed up to raise awareness about domestic violence and support those at risk, during the 16 Days of Activism Against Gender-Based Violence. The campaign kicks off today on the International Day for the Elimination of Violence against Women and will run through Human Rights Day on Friday, December 10.

“Violence is never the solution, especially at home, which should be a safe environment for everyone, and especially women and children,” said FIFA President Gianni Infantino. â€œIt is FIFA’s statutory obligation to respect all internationally recognized human rights and as an organization FIFA will strive to promote the protection of these rights. The #SafeHome campaign is now in its second year, and FIFA will continue to raise the voice of football to amplify this message until these acts are no longer part of our society.

â€œThe COVID-19 pandemic has exacerbated many health challenges and inequalities, including violence against women,â€ said WHO Director-General Dr Tedros Adhanom Ghebreyesus. â€œWe must all unite to end all forms of violence and discrimination. WHO is pleased to partner with FIFA and football stars around the world to help prevent violence against women and children, support survivors and make our societies safer and healthier for all .

Violence against women remains pervasive and begins alarmingly at a young age, according to WHO data. During her lifetime, one in three women aged 15 and over, or approximately 736 million, is the victim of physical and / or sexual violence by an intimate partner or of sexual violence by a non-partner. -partner – a number that has remained virtually unchanged over the past decade. .

This violence starts early: one in four young women (aged 15 to 24) who have been in a relationship will have already suffered violence from an intimate partner before reaching their mid-twenties. Data suggests that women’s exposure to violence likely increased during the COVID-19 pandemic due to blockages and disruptions to vital support services.

Violence – in all its forms – can impact a person’s health and well-being throughout their life. It is associated with an increased risk of injuries, depression, anxiety disorders, unplanned pregnancies, sexually transmitted infections, including HIV and many other health problems, and comes with enormous costs for households, women and men. communities and societies as a whole.

The five-part #SafeHome video campaign, which supports WHO’s message to end violence against women and children, will be released in seven languages â€‹â€‹over the next 16 days. The campaign raises awareness of the risks and highlights actions that can be taken to prevent and mitigate these risks through counseling and support from survivors. There is also content that addresses the risk of aggressor and calls for an additional government effort to support those in a vulnerable situation. #SafeHome conveys the messages of 23 footballers past and present, many of whom have already expressed their condemnation of violence against women and children: Emmanuel Amuneke (NGA), Ãlvaro Arbeloa (ESP), Rosana Augusto (POR), VÃ­tor BaÃ­a (POR) ), Diego Benaglio (SUI), Sarah Essam (EGY), Khalilou Fadiga (SEN), Matthias Ginter (GER), David James (ENG), Annike Krahn (GER), Rabah Madjer (ALG), Marco Materazzi (ITA), Milagros MenÃ©ndez (ARG), LÃºcia MoÃ§ambique (MOZ), Geremi Njitap (CMR), Asisat Oshoala (NGA), Noemi Pascotto (ITA), Graham Potter (ENG), MikaÃ«l Silvestre (FRA), Kelly Smith (ENG), Ã“liver Torres (ESP), ClÃ©mentine TourÃ© (CIV) and Abel Xavier (POR). These players will post their #SafeHome contribution on their channels, while the campaign will also be broadcast on various FIFA and WHO digital platforms. Graphic toolkits are also provided to the 211 FIFA member associations to further amplify messages in their territories. â€œOnce again, we call on FIFA member associations to proactively publish details of national or local helplines and support services that can help anyone who feels threatened by violence,â€ added the FIFA president. â€œIn this regard, we also call on our members to review their own safeguards using the FIFA Goalkeeper Toolkit, to ensure that football is fun and safe for everyone in our game, especially the youngest members of the football community. That’s what FIFA stands for, and that’s what all football has to stand for. The World Health Organization (WHO) and FIFA signed a four-year collaboration in 2019 to promote healthy lifestyles through football around the world. More information on the WHO-FIFA MoU can be found here, while previous campaigns include #ReachOut ahead of World Mental Health Day, Spread the Word to Eliminate Coronavirus and #BeActive on World Mental Health Day. International Sport for Development and Peace of the United Nations.