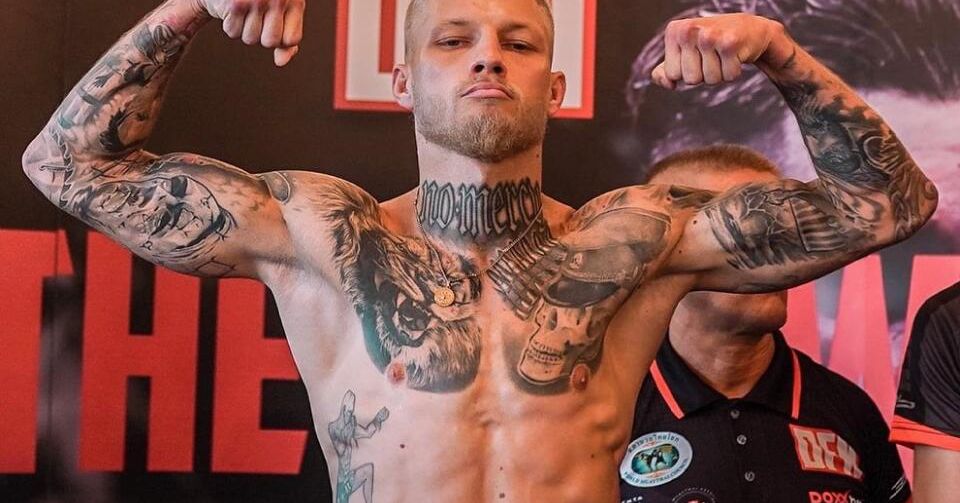 Fighter banned from Czech MMA organization due to Hitler tattoo

A Czech fighter was pulled from a scheduled bout at a tournament last week for sporting neo-Nazi tattoos.

Radek RouÅ¡al was scheduled to face Slovakian fighter Nikolas KrivÃ¡k at an Oktagon MMA event in Brno, Czech Republic, but was excluded from the competition after it was revealed the fighter had a portrait of Adolf Hitler on his arm . A second tattoo on his chest revealed a skull wearing an SS cap, a reference to the SS TotenkopfverbÃ¤nde unit responsible for the administration of the Nazi death camps.

Speaking to Czech media iDNES.cz, Oktagon MMA promoter OndÅ™ej NovotnÃ½ expressed his disgust at the situation, adding that the outcry from MMA fans was “justified”.

“It can’t happen that you come here with this appearance,” Oktagon MMA promoter OndÅ™ej NovotnÃ½ told iDNES.cz. â€œWe have a clause about it in the contract, we could fine him. For the tattoo on his chest too. Certainly not! There is every reason to have an outcry. We haven’t investigated what it looks like, neither our photographers nor our cameramen have noticed the tattoo. No one has mentioned it before. We didn’t know it, certainly not.

RouÅ¡al later claimed that the tattoos were vestiges of his “troubled” past and that he regretted his actions.

â€œI grew up in the troubled community of people who did this tattoo,â€ RouÅ¡al told Extra.cz. â€œBack then I didn’t know what to do with life, I was young and this tattoo was stupid. Later, I started to practice martial arts, which led me to a completely different life and worldview. I have more tattoos than I regret, I take them off little by little. I also want to apologize with my statement.

Muay Thai Brno, the gymnasium where RouÅ¡al trains for the competition, also came to the aid of the fighter on social media, alleging that RouÅ¡al planned to remove the tattoos in January 2022.

â€œRadek and I handled the situation and he says he ordered a January deadline for tattoo removal, which he says was created years ago in the recklessness of youth. , the offer for the match came at the last minute, before being withdrawn.

â€œOur gym is clearly against any manifestation of racial or other discrimination or intolerance. People of all nationalities and skin colors meet here, we cooperate with various non-profit organizations, including those that work with minorities. At the same time, we also lend a helping hand to those who can learn from their mistakes and mistakes. “

MoneyKey Personal Loans Review | Find the best loan for you

Miami in the first days after incorporation, part II