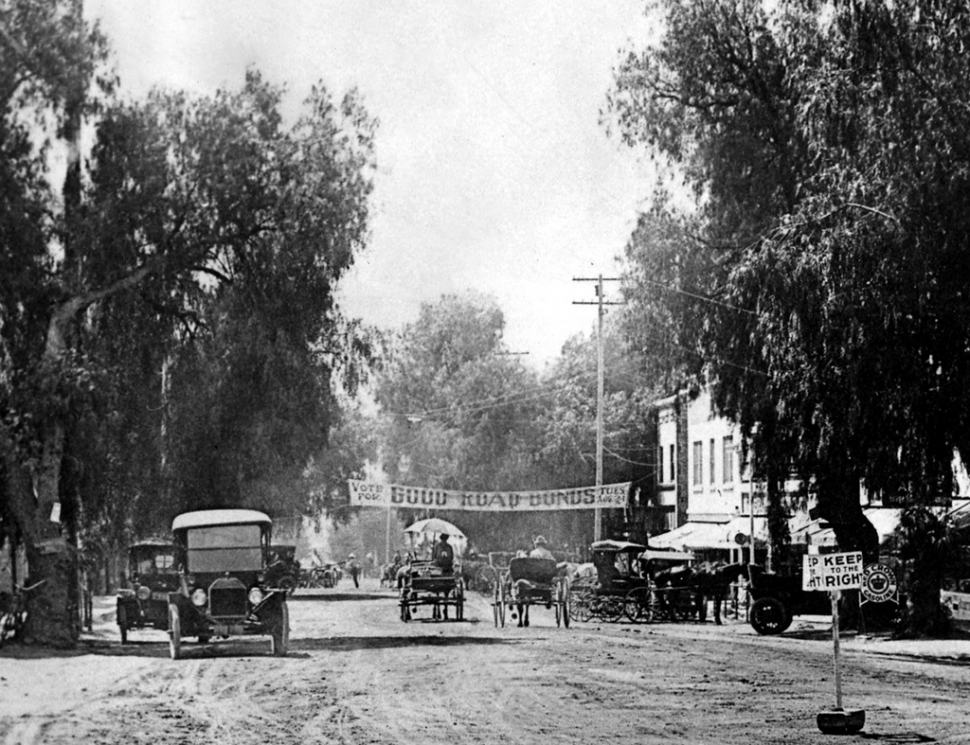 The colony that would become Fillmore was not meant to be here.

Several urban sites had been considered by the Southern Pacific Railroad, including a location on Adam’s Hill east of Fillmore. But the owner, Mr. Ealy, did not want to sell.

Around the same time, Sespe Land and Water Co, run by Joseph D. McNab, had purchased some 3,000 acres from Mattie Mae Storke, who had inherited the property from her father, Thomas More, when he was murdered in 1877 They intended to expand and when the railroad arrived they were more than willing to cooperate.

In August 1888 Fillmore was subdivided by Sespe Land and Water Co. and the map registered in the county seat. The town was named for Jerome Fillmore, general superintendent in charge of the western area of ​​the Southern Pacific Railroad.

The first buildings were a covered wagon station and a few barracks. But it wasn’t long before the city began to grow. Agriculture quickly imposed itself with the development of orchards of olive trees, walnuts, apricots and citrus fruits.

In 1912, the incorporation had been a point of contention in the community for over 2 years. Letters had been sent to the towns of San Fernando and Bishop asking about their experiences with incorporation. These cities hailed the positive results.

Just like the students of today, the students of Fillmore High School were there. On March 22, 1912, they debated the issue. The pros were represented by three young girls, Lucille Root, Mildred McCampbell and Phyllis Small. The argument against was given by Otto Haase, Fred Ealy and Ray Horton. The ladies won the day with their arguments.

The biggest problems were taxes! Taxes were assessed by the county in unincorporated areas. But the benefits were not returned to these regions. Representatives from San Fernando presented the benefits of incorporation, including improved fire protection. This town now had an organized fire department with “two high class chemical engines” and a hook and ladder company with five ladders. This gave this community a “sense of security never felt before”. Fillmore always had a volunteer fire extinguisher and bucket brigade.

Street lighting was also a problem. Fillmore only had a few lights that had been installed by local dealers. The question, of course, was whether the merchants of Central would pay for the lighting themselves or whether the citizenry as a whole would pay through taxes for the benefit of the entire community.

The essence of the anti-establishment argument was that matters of this importance to the city should be left in the hands of the city’s founding pioneers and not in the hands of the “floaters who are here today and gone tomorrow”. . Reverend JB Taylor expressed a belief that the town was too small and hoped the vote for incorporation would be delayed for a “year or two”.

And so it was that two more years of arguments and counter-arguments passed before Fillmore took another serious step toward incorporation.

On May 8, 1914, a delegation from Fillmore Township presented a petition to the Board of Supervisors calling for an election to vote on the issue of incorporation. The petition appeared in the Herald with the names of the signatories; Fergus Fairbanks, JKL Schwartz, Louis Antonio Carillo and 65 others, including the editors of the Herald.

Regarding the petition, the Fillmore Herald said that “every time the efforts of those who stood for the principles of progress have been frustrated by one movement or another, so that it will be the first time that the future welfare of the community has been truly entrusted. in the hands and minds of the people here to decide.

According to the Herald, those who opposed the movement for progress were “extending all their energies to defeating the proposal in a vote in the June 29 election and sacrificing every principle of freedom, truth and justice to obtain their own selfish ends.” Common sense has been tossed to the winds…” The rhetoric of politics hasn’t changed much in 100 years.

The antis were mainly pioneers such as CC Elkins and his sons, John McNab of Sespe Land and Water Co., George Tighe, JW Baldeschweiler and AC Wilcox.

One of the main issues was the potential tax rate. The clerk and engineer of San Fernando during a visit on May 15, 1914, said that there was practically “no kicking on this point, and no one felt any oppression in the maintenance of the government of the city. “

The loudest voice in favor of incorporation was the Fillmore Herald, published by CF Hoffman and WE Wagener.

On the front page of the Herald, voters were urged to ‘consider this’
Supporters wanted:
• A jail (Fillmore prisoners were sent to the county seat)
• A public library (there was only a small private lending library in Fillmore)
• Fines paid to local court for staying here.
• Business licenses paid to city government
• Each man must pay in proportion to the profits drawn
• Street levels that owners could install on sidewalks and curbs IF WE DESIRE.
• Porches, fences and other obstacles removed from sidewalks
• More fire hydrants and better equipment to fight fires
• A municipal government. to pay for absolutely necessary works and improvements
• Chamber of Commerce funds for advertising
• A municipal government. who will manage affairs in the best interests of the community

The election took place on June 29, 1914, with a deciding vote for incorporation.
There were 417 votes cast (one ballot was not voted for or against and 15 were rejected for irregularity – they had marked the box with a pencil instead of a pen. Of the 15 irregulars, 12 were for and 3 against).

According to the newspaper, the vote count reads like a horse race. “It was a draw for the first fifty out of the box and then the antis took a lead which kept growing until they were 22 points clear. The lead was maintained until over 300 ballots had been counted. The tide then turned and the pros had a small lead. This continued to gradually increase until it was known that it was a certainty that incorporation would carry. Then cheer after cheer rose from the camp of the supporters. “

When it was all over, Justice CC Elkins, one of the leading opposition figures, “climbed up to one of the tables, struck a match on a fresh cigar and, in the best of humor, carried a toast to the fledgling town of Fillmore. He said that he had taken sides against incorporation with the firm belief that he was right, had campaigned hard against incorporation, but now that the majority of the people had voted for it, he hoped that all the world would accept the result in due form. spirit and unite for the city and the community. The judge was applauded for his good sportsmanship.

George Tighe was elected mayor and would serve 4 years. Clarence Arrasmith was elected clerk and then served as city manager for 40 years and Florence Lewis was elected treasurer. John Casner became the first city marshal, and John Galvin was hired as city attorney. He served for 52 years (until 1966) the longest serving city attorney in the state of California.