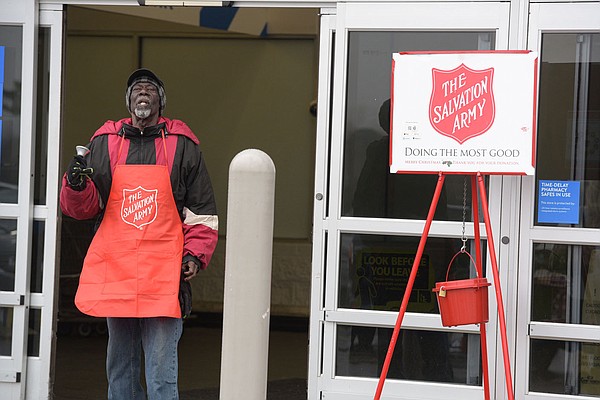 Fort Smith organizations give back to River Valley for the holidays

FORT SMITH – The holidays are often a time to give to others and make memories with friends and families. Several organizations do just this by raising money for meals and Christmas gifts, or by finding ways to give back to the community.

The Salvation Army at Fort Smith is giving away $ 25 gift certificates to Harps or Price Cutter this year, in lieu of a sit-down meal.

Corps Officer Bradley Hargis said certificates were easier to make due to a lack of volunteers and allowed families to meet their individual needs in ways that a general food box couldn’t.

“We tried to open it up a bit where we were sensitive to it, and could allow families essentially their own choice of getting the items maybe they culturally get for the holidays, or those last things they do. maybe need it, “he said. “Or if there’s a young parent who needs to buy formula, he can do it with those certificates, and doesn’t necessarily have to run everything given to him in a can. We think it might be. be a better option. “

Hargis said older people tend to seek food assistance the most during the holidays, as they live on a fixed income.

Those who need to use a certificate can visit The Salvation Army during pantry hours – 9 a.m. to noon, Monday, Wednesday and Friday – from now until Saturday . The pantry is at 301 N. Sixth St.

The Hope Campus will host a lunch at 10 a.m. and a dinner at 4 p.m. on Christmas Day, which will be open to the public and residents of Hope Campus. The campus is at 301 South E St.

Evangel Temple will have a church in Hope Park at 14 North H St. at noon on Christmas Day and will then distribute packaged meals to go.

The local Salvation Army also has kettles and bell ringers stationed across the river valley for their annual Red Kettle Campaign. The campaign is the organization’s largest fundraiser and helps provide food, shelter and other aids to families, the elderly and the homeless.

Donations are lower than they were in 2020, which was also lower than what The Salvation Army typically collects, Hargis said.

“There have been a lot of natural disasters this year, so people have donated what they would have done at the end of the year to those disasters. We know we’ve had a lot, with wildfires and wildfire. hurricanes, and even the most recent tornadoes that have come through, and that affects the kettles. Plus we know a lot of things have been really affected by inflation so people have less money in their pockets to give away this year that probably in some time, ”Hargis said.

Those looking to volunteer or donate to a kettle can find locations and times by entering their zip code on RegisterToRing.com.

Toys and clothing were provided to more than 13,000 children last year by people selecting angel ornaments from Christmas lists at local shopping areas and businesses.

“It’s kind of done through a community partnership,” Hargis said. “We work in a very close partnership with the host families, as well as with the Fort Smith Public School District. Of course we only have general community registrations and then we have some referred to us as well. by the state for incarcerated families. Many of our angels are actually collected from these agencies. “

The community has been “incredibly generous” to Angel Tree this year, he said, adding that every child on the Salvation Army’s list will be sponsored and a gift will be waiting for them on Christmas morning. .

“Thanks to his efforts, more than 80 children have been able to make their vacation dreams come true,” he said.

The school district has hosted several other volunteer efforts this holiday season, including a partnership between student counselors from the School-Based Health Center and medical students from Arkansas Colleges of Health Education to collect hygiene products for fourth and fifth grade students at Tilles Elementary School.

The School-Based Health Center Student Advisors are an organized group this year, selected from among the students attending the Darby Health Sciences Academy.

Zena Featherston Marshall, district executive director of communications, said around 120 gift bags containing hygiene items such as soap and toothpaste have been collected to help these students.

“The important thing is a student’s ability to give back. And one of the other ways students are doing it is through the Christmas Honors Project, ”said Featherston Marshall.

Christmas Honors is a local program that has placed approximately 16,500 wreaths at Fort Smith National Cemetery to honor veterans during the holidays.

Featherston Marshall said about 387 members of the Fort Smith Junior ROTC helped inflate the wreaths and drop them off at the cemetery, where veterans’ families and other volunteers helped lay them on graves.

The organization will be asking volunteers to help collect the wreaths and dry them before they are in storage until next year, which will take place at the cemetery and the Fort Smith Convention Center from 9 a.m. to 2 p.m. h January 5.

Links to donate or volunteer for Christmas Honors can be found on the organization’s website at www.ChristmasHonors.org.

Another Christmas gift collection group benefiting area children is the Marine Corps Reserve Toys for Tots. The charity distributed approximately 12,620 toys to 3,345 children in the Fort Smith area in 2020.

About 45 companies have toy drop stations across the river valley. Visit fort-smith-ar.toysfortots.org for a full list of sites. Those who need to apply for a toy can also apply through the website.

Robert Hall, a Salvation Army volunteer, rings Friday to help collect donations outside a Walmart in Fort Smith. Hall, who said he was in his 13th year volunteering with the organization, sang “‘ll Be Home for Christmas” while ringing the bell. Go to nwaonline.com/211219Daily/ for today’s photo gallery. (NWA Democrat-Gazette / Hank Layton)