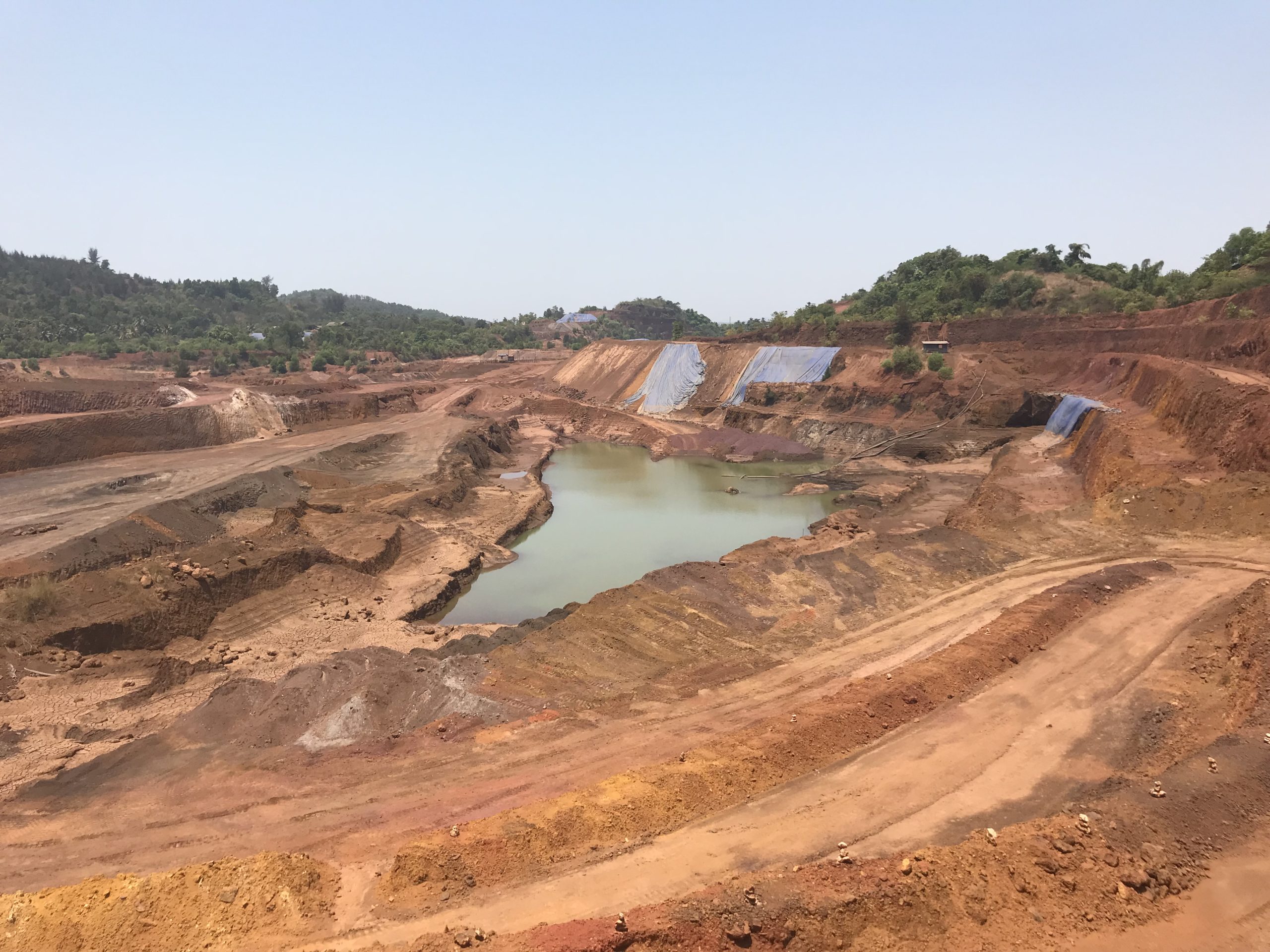 The government of Goa, led by the Bharatiya Janata Party (BJP), recently passed the Goa Mineral Development Corporation (GMDC) Bill, 2021 during the monsoon session of the Legislative Assembly. The bill that allows the creation of a state-owned mining company to revive mining operations in the state has been passed without any discussion in the middle of an opposition party walkout.

The Supreme Court’s February 2018 order suspended all mining operations in the state. The government is now hoping the decision to form the mining company will help them during the state’s legislature scheduled for early 2022.

In the July 2021 order, the Supreme Court found that there was no legitimate reason for review and dismissed the motions on the basis of limitation. By law, petitions for review must be filed within 30 days of the judgment. The Supreme Court criticized the applicants for being over 650 days late, suggesting they were waiting for the judges who drafted the 2018 order to retire. “Such a practice must be strongly disapproved of in order to preserve the sanctity of the decision-making process of this Court,” said the Court in its order.

Goa tried to find ways to move forward after the central government’s 2015 amendment to the Mines and Minerals Development and Regulation Act 1957 (MMDR) made it difficult for them to award mining rights without auctioning them, even if it provides for the reservation of mining. rights in favor of a public enterprise.

The company will be headed by the chief minister of state as ex-officio president and will have among its members the secretaries of mines, environment and finance, as well as a geologist. The bill was passed by the Goa Assembly ten days after Chief Minister Pramod Sawant returned from New Delhi where he met with Union Minister of Mines Prahlad Joshi and signed a memorandum of understanding with the Mineral Exploration Corporation Ltd of the ministry for exploration of the mineral reserves of Goa – a prerequisite for the auction.

If the state chooses to reserve the mining leases in favor of its newly formed company, it will need central government approval for this. However, not having any mining equipment or infrastructure, the Company is likely to launch calls for tenders for developers and mining operators (MDO) in order to operate these leases. If the central government rejects its request to the state, the leases will be auctioned, in which the company may also choose to participate.

No representation for communities affected or dependent on mining

The formation of a Corporation to Restart Mining in the State, an important component of the economy of the coastal state of West India, is criticized for leaving no room for affected or dependent communities of mining.

Ravindra Velip, an activist from Cawrem, one of the villages severely affected by mining, said: â€œFirst of all, there was no discussion of the bill on the ground. It was adopted without any comment or possibility of amendment. Second, if you see the constitution of the bill, it has the chief minister as chair and all the government bureaucrats as members. Why is there not a single representation of one of the communities that have been affected by mining? “

â€œBefore the state government decides to resume mining, it is required to do an assessment of the damage caused by mining, which has not been done. The government has completely failed to take into account the views of those dependent on mining and those affected by mining, â€Velip told Mongabay-India.

The sentiments were echoed by Sakaram Pedneker, a farmer and activist based in Maem, another village affected by mining. â€œIf they start with the business, they have to collect data from the ruins of the past. Society should have rules and laws that will ensure that destruction is as low as possible. It cannot be 100% without destruction, but it must be as little as possible. There was no restoration in our village. The old miners are gone. The corporation will come. Everything will be the same. How does this benefit us? Pedneker asked.

In May 2020, Pednekar and others filed a public interest dispute (PIL) in the Bombay High Court, demanding the restoration of their rice fields destroyed by mining.

The court ruled in their favor, but Pednekar said an officer from the state’s water resources department told him “they didn’t have the funds” to carry out restoration work.

“Isn’t the government supposed to have a special fund for villages affected by mining?” He asked. Earlier this year, Mongabay-India reported that the majority of funds from the Goa District Mining Fund Foundation (DMF), intended to be used for the welfare of communities affected by mining, had been misappropriated. for COVID-19.

Abhijeet Prabhduesai of the nonprofit Rainbow Warriors also opposed the formation of the mining company.

â€œA real corporation should have been formed from village communities. It’s business as usual, with a clear clause that they can sublet the contracts to whoever they want. The old miners will be back with the company in no time. Prabhduesai told Mongabay-India.

He said the real victims are the local people – either having their lands destroyed or being asked for loans for trucks. â€œAll their loans should be canceled and there should be a 20-year moratorium on mining. Return the land to its original condition. If and when it restarts, it must have inclusive and equitable village communities who are equal decision makers. This is the only way to have socio-economic justice, â€he demanded.

Read more: The precarious journey of those affected and dependent by Goa mining

India’s experience with mining companies, both as central and state entities, has not always been encouraging.

For example, the Steel Authority of India or the profitable state-owned Odisha Mining Corporation for years squatted large areas but, according to experts, this did not necessarily prevent them from being among the biggest violators of environmental laws. , as evidenced by penalties they paid after a directive from the supreme court.

Goa Foundation, an environmental group whose petition resulted in the Supreme Court order of February 2018, congratulated the government for the formation of the Company, and for taking the leases from private actors and putting them in the public sector. He called on the government to hire professionals and not politicians to lead it, pass a decree reserving all state mining activities to the Company, recruit former mining industry employees and not allow no further mining until restoration of mining areas is completed.

Rana Sengupta of the Mine Labor Protection Campaign, a Rajasthan-based non-profit organization where state-owned Rajasthan Mine Mineral Limited operates, said things were messy on the ground.

â€œThe State launches calls for tenders and gives contracts to private actors. They created a nuisance. There is no law and order. They destroyed the environment and the people’s livestock. They forced people to take loans to buy trucks, making them dependent on mining. And they promise them jobs and then offer them to go to another city, and when they refuse, they put them out of work, â€Sengupta told Mongabay-India.

Meera Mohanty, a freelance journalist who has covered extensively the mining sector, said: â€œThe (central government) Ministry of Mines has been inconsistent in its stance on state, state or central corporations, which are often abused at times. purposes of political patronage and, more recently, have used it for the transition to the new auction regime.

“As the center amended the mining law to allow state-owned companies to mine areas whose auctions failed, it refused to respond to Jharkhand’s request to reserve iron ore leases for the mining company. of state, â€Mohanty said.

For truck owners like Sandeep Parab from Pissurlem, a village where the water supply has been severely affected due to mining, it doesn’t matter how mining goes as long as it resumes.

â€œWe are in desperate need of work. We need work. We have been suffering since 2012 (when mining was first shut down in the state due to a Supreme Court case). We don’t care about their motives. Let the work begin, â€he said.

Definition of “start-up” incorporated into the government procurement process