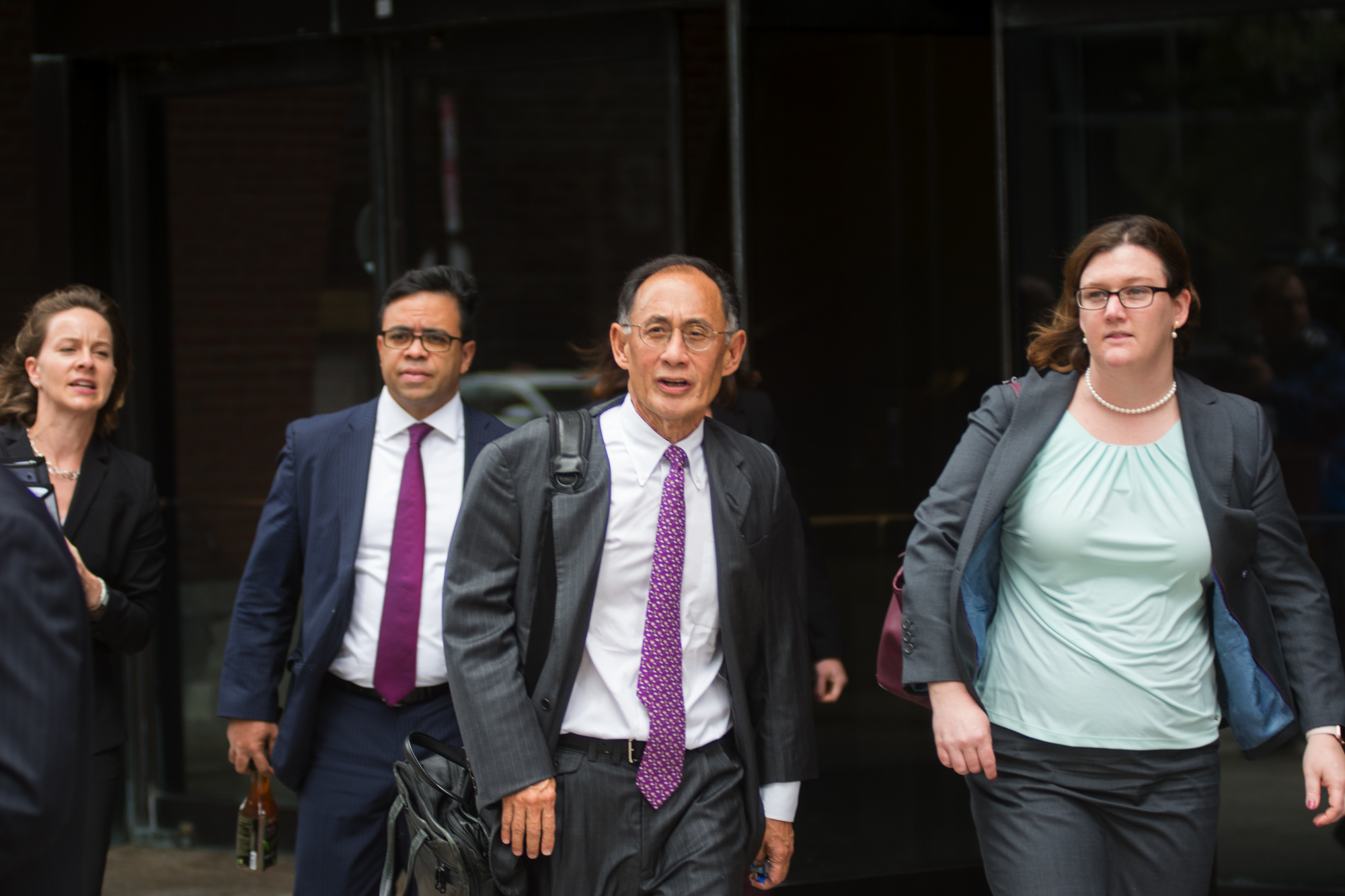 The university’s director of diversity and inclusion, Sherri Ann Charleston, joined Lee, who served as Harvard’s lead attorney in the lawsuit challenging its race-conscious admissions system. The lawsuit, which seeks to overturn affirmative action in higher education, is expected to be taken up by the Supreme Court in the fall alongside a similar case against the University of North Carolina.

The three-day EDIB Virtual Forum, themed “Reimagine Our Community,” kicked off on Tuesday. It features speakers such as actress Lauren Ridloff and Black Voters Matter Fund co-founder LaTosha Brown, as well as interactive activities and small group discussions. During the final day of programming Thursday, the event will include panel discussions with Brown, Harvard University Police Department Chief Victor A. Clay, and Harvard Vice President of Human Resources Manuel Cuevas-Trisan.

On Wednesday, Lee discussed admissions lawsuits brought by the anti-affirmative action group Students for Fair Admissions, which accuses Harvard College and UNC of discriminating against Asian American applicants and breaking the law. on civil rights by considering race in their admissions processes. Lower courts ruled in favor of both schools, which deny the allegations.

The Supreme Court agreed to take up the cases earlier this year, paving the way for a decision that could determine the future of affirmative action in higher education.

“No one is admitted who is not part of this group of 15,000 fully qualified people,” he said.

“I think it’s unfair to assume that people in a certain demographic are somehow unqualified because they’re all qualified. All of them,” he added.

Lee rejected the allegation that Harvard’s admissions policies are discriminatory.

“If I thought there was affirmative action against Asian Americans, I wouldn’t be lead trial counsel,” he said.

“When we make our community universally designed and accessible, it benefits not just some people, but all of us,” Charleston said.

Lee said there were few students of color on campus during his time at Harvard.

“Almost everyone who comes to the Harvard campus, and this was certainly the case for me, has impostor syndrome,” Lee said. “The more diverse the community, the more sensitive we need to be that people will have these concerns.”

“Harvard being Harvard, in a sense, the public reads almost too much into everything we do, both positively and negatively,” he added.

Concluding the discussion, Lee reiterated his belief that promoting diversity and inclusion complements the mission of higher education.

“Some people think that our efforts to bring together a diverse community and promote the interest of diversity, inclusion and equity are in some way in conflict with freedom of expression and freedom of thought, which have guided universities and their success for many years,” he said. “I want you to know that, at least I believe, that’s just not true.”

A good time for protecting trade secrets in China, part one