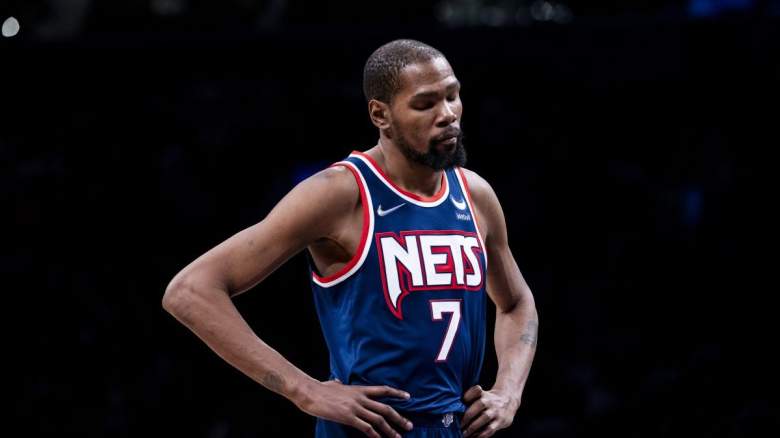 One way or another, the NBA offseason is quickly coming to an end, and NBA media days will take place next week for several teams in the league. The Brooklyn Nets are expected to have one of the most unmissable media days after the whirlwind summer that unfolded in New York. Both Kyrie Irving and Kevin Durant have been rumored with the team throughout the season.

Kyrie Irving had a rather sloppy contract negotiation with the Nets after a drama-filled season with his COVID vaccine stance that caused the point guard to miss more than 50 regular season games for the Nets. After the Nets were unwilling to sign Irving to a long-term extension, Durant’s frustrations and lack of trust in the organization are believed to have reached a stalemate and the superstar demanded a trade to Brooklyn. The Nets spent all summer in trade talks that they may or may not have been serious. In the end, Durant rescinded his request and both Brooklyn stars should be back with the Nets.

Insider on When KD and Nets Trust were lost

On the Sept. 21 episode of The Bill Simmons podcast, Logan Murdock, whom Simmons called a KD whisperer, joined the show and provided valuable insight into Durant’s situation in Brooklyn and hinted at a situation where the relationship could have deteriorated.

“Well, in your opinion, there was a story that came out…just between the break and going into the bubble, and there was this story of Woj talking about Kyrie in different ways, isn’t- In hindsight, it didn’t really look like most. It seemed very one-sided, let’s say. There was ESPN’s Kyrie piece that seemed very one-sided. So if you’re Kyrie or Kevin, you’re like, ‘What is that ?’ Like we were supposed to be a teammate,” Murdock told Simmons on the podcast. “Kyrie and KD look at this as a partnership, right? Between all parties and looking back, I’m not saying that that’s where the mistrust started. But if you look at it from their perspective, you’re like, ‘Hey man, why are we doing this?’ If they think someone is leaking something like that, they’d be like, “Why would you do that?”…and I’m throwing that aside. It’s happened a couple of times where it was like, ‘oh d’ Alright, we’re gonna blame Kyrie. We’re not gonna blame Kyrie completely, but we’re just gonna blame it on one of our trusted guys.

The main source of Durant’s trade demand that was cited was that he didn’t trust the Nets’ front office, which, of course, was evident in the ultimatum Durant gave the Nets. To what extent did this history shared by Murdock play a role? It’s unknown, but the fact that it’s happened multiple times is a good indicator of what might be causing a lack of trust.

Durant’s frustration with the Nets escalated when he saw how the Nets handled Kyrie Irving’s contract negotiations, according to an NBA insider. On Ringer’s NBA PodcastThe shiftLogan Murdock shared what sources told him led to Durant’s trade request.

“I made a few calls. Kevin Durant hasn’t spoken to the team in weeks. I don’t think Kevin is confident in the front office right now. I don’t know if he’s about to leave, but there’s a big unease not only on Kyrie’s side but also on KD’s side…

“His biggest problem is that he feels the front office hasn’t learned to understand Kyrie, whatever that means. I would push that away when a guy leaves for two weeks at a time… Kyrie gets the lion’s share blame. But I think KD thinks ‘hey, you didn’t understand this guy.’ You didn’t investigate where he came from.

“The Nets got rid of Adam Harrington, including the very close friend of Kevin. He’s one of Kevin’s guys. And that had a big ripple effect on how Kevin feels about it right now. He’s still in that discovery mode, but there’s fire in that smoke that he kind of reevaluates where he’s at.