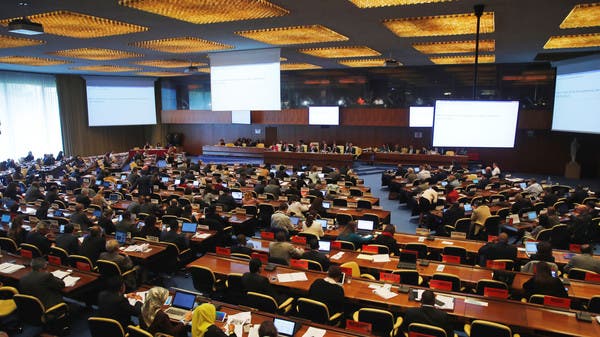 Members of the International Labor Organization decided on Saturday to send a mission to China amid allegations of discrimination against Uyghurs and other ethnic and religious minorities in the Xinjiang region.

The ILO’s main annual assembly passed a committee concluding that a ‘technical advisory mission’ be sent to China to ‘assess the situation’, stopping short of a high-level investigation, as demanded by the United States, Britain and other countries.

For the latest headlines, follow our Google News channel online or through the app.

During the more than two-week International Labor Conference, the panel assessing China’s compliance with global labor practices heard allegations, vehemently denied by China, of systemic violations of the work particularly targeting Uyghurs and other ethnic minorities in Xinjiang.

In its conclusions, adopted in full by the assembly on Saturday, the commission “deplored the use of all repressive measures against the Uyghur people, which has a discriminatory effect on their employment opportunities and their treatment as a religious minority and ethnicity in China”.

He issued a long series of recommendations to Beijing, including to “immediately cease all discriminatory practices against the Uyghur population and any other minority ethnic group, including internment or imprisonment on ethnic and religious grounds. for de-radicalization purposes.

He urged Beijing to accept a technical advisory mission from the ILO and asked it to provide a report by September 1 containing information on how it implements the labor convention against discrimination in employment.

China reacted angrily to the findings, with government representative Qian Xiaoyan insisting that ILO committees should not be used as “a political instrument of some Western countries to smear and denigrate China”.

The committee’s review came after a group of 20 UN labor experts in February expressed “deep concern” after assessing the treatment of ethnic and religious minorities in China.

They had assessed allegations by the International Trade Union Confederation (ITUC) in late 2020 that Uyghurs and other ethnic minorities in Xinjiang were systematically used for forced labor in agriculture.

Rights groups also claim that at least a million Uyghurs have been incarcerated in “re-education camps” in the western region.

Beijing categorically denies all such accusations and maintains that the camps are vocational training centers aimed at reducing the appeal of extremism.

As China has not completed the ratification of the conventions against forced labour, the committee’s examination focused only on the country’s accession to Convention 111 against discrimination in employment, to which it is a party.

China complains about US arms sales to Taiwan

China ‘will not hesitate to start a war’ against Taiwan: defense spokesperson

Has Thailand hit the jackpot in its latest bid to tackle lottery overvaluation?