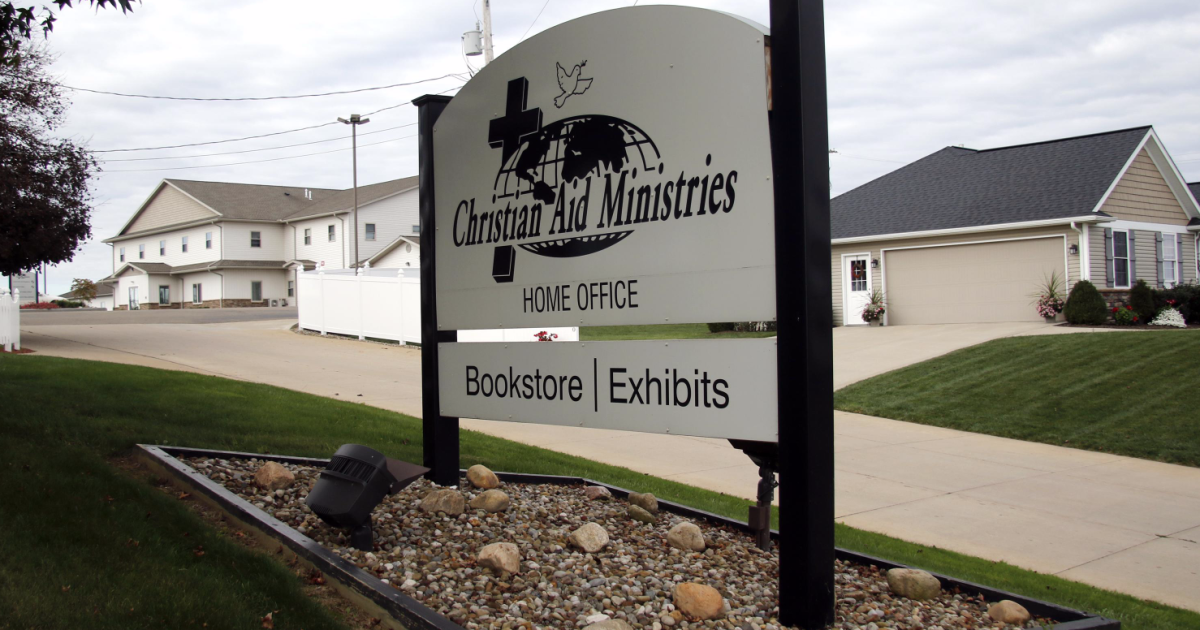 Kidnapped missionaries in Haiti working with the Holmes Co.

HOLMES COUNTY, Ohio – A group of 17 American missionaries, including children, were kidnapped by a gang in Haiti during their missionary journey. The missionaries were in Haiti to work with Christian Aid Ministries, an organization based in Holmes County, Ohio.

The group is made up of 16 Americans, 1 Canadian and among them are 5 children, one of the children is only 2 years old.

Haitian police said the 400 Mawozo gang kidnapped the group in Ganthier, a community east of the capital Port-au-Prince, on their way home from the construction of an orphanage on Saturday.

According to the Associated Press, leaders of the Christian Aid Ministries sent a voice message to other religious missionaries alerting others to the kidnapping. The voicemail message called for prayers for the gang members to repent.

The field director of the mission is now working with the United States Embassy. The director’s family and another member of the group were staying at the ministry base when the kidnapping took place.

It is not known if the gang demanded a ransom.

The Christian Aid Ministries website said, among other services, that it offers Bible lessons, feeds the needy and helps orphans in Haiti and other countries around the world.

The organization‘s 2020 report indicated that its missionaries had returned to their base in Haiti after a 9-month absence due to the country’s political instabilities.

Bishop GÃ©rard Mirbel has been glued to his television screen since learning the news of the kidnapping.

â€œThey were there to help people,â€ he said.

Mirbel moved to Painesville from Haiti at the age of 31. Since then he has dedicated his life’s work leading missionary trips to his home country and helping the Haitian people whenever he can.

â€œWe had a school, we have an orphanage, we feed the population,â€ he said.

Mirbel said that while the majority of Haitians are good, hard-working people, political unrest and devastation caused by natural disasters have ravaged the country with poverty and increased gang violence.

â€œIt has been difficult for Haiti,â€ he said. â€œThings won’t last forever like this. “

Mirbel said the missionaries’ work for Haiti is important, but they need to do it safely and be aware of the dangers in parts of the country.

â€œIt’s important to have security,â€ he said. â€œI help a lot of people by telling them how to protect themselves. I have been fortunate to be the director of many missions, and there was no kidnapping, there was no gang violence.

Christian Aid Ministries published a statement on its website.

â€œWe ask for urgent prayer for the group of Christian Aid Ministries workers who were kidnapped on a trip to visit an orphanage on Saturday, October 16. We are looking for God’s direction for a resolution, and the authorities are looking for ways to help.

The group of sixteen US citizens and one Canadian citizen includes five men, seven women and five children. Join us in praying for those held hostage, the kidnappers and the families, friends and churches of those affected. Pray for those who seek guidance from God and make decisions about this matter.

As an organization, we entrust this situation to and trust God to help us. May the Lord Jesus be magnified and may many more people know his love and salvation.

â€œWhoever dwells in the secret place of the Most High will dwell in the shadow of the Almighty. I will say of the Lord, He is my refuge and my fortress: my God; in him I will have confidence. . . For he will entrust his angels with the task of guarding you in all your ways. â€(Psalm 91: 1,2,11).

Mirbel prays for the safe return of the missionaries, and this fear does not prevent others from helping his homeland.

Ohio lawmakers are also offering support to the organization and those affected by the kidnapping.

â€œWe have reached out to Christian Aid Ministries to offer any help we can provide. We are not commenting on the details at this time. We are ready to work with the appropriate agencies as needed for a peaceful resolution. We urge the Biden administration to keep Americans safe abroad. Congressman Gibbs prays that everyone is released to safety. “

“Our office is very concerned about this news and has contacted the White House, the State Department and the Justice Department for more information.”

ProSiebenSat.1 Media SE: Authorization in accordance with Art.40 Section 1 of the WpHG [the German Securities Trading Act] with the objective of distribution on a European scale