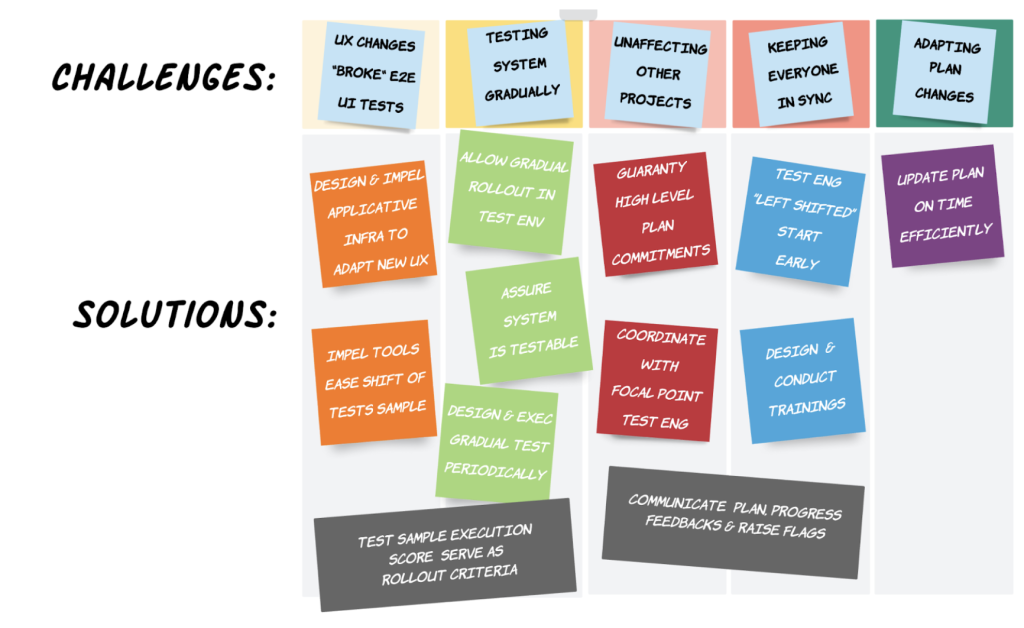 Last year Imperva launched a cross-organizational software project focused on building a new management console and I had the privilege of leading its test automation effort. In this blog, I will explain the challenges we faced as technical leaders in the execution of the project and reveal the solutions we have developed to complete this test automation project.

Since Imperva’s mission is to protect customer data and all the paths that lead to it, we started this project because we believe it is essential to offer our full suite of cybersecurity services through a unified management console. . The success of this project enables Imperva to provide cutting-edge cybersecurity technology and to offer our customers significant advantages in UX and SW architecture.

The general objectives of the project were to:

Of course, a strategic test automation project that has a cross-impact on product development has constraints. As a leader in test automation, I needed to maximize test coverage and get the earliest feedback while avoiding interruptions to other projects.

A large-scale software project that modifies both the existing architecture and the UX brings technological challenges. Here are some of the notable challenges we faced during the project development cycle:

Technical considerations relating to the project

We determined that allowing test engineers to correct their own tests was not an efficient use of project resources. This approach can lead to a decrease in quality and overall commitments. We also discovered that the new UX we developed only changed the navigation to our cloud services. We had to design a “hack” of the UX to get to the “correct” menu item or URL. Once we discovered the ‘hack’, we were able to get our test coverage and test engineers back on track and start making good project decisions. These decisions included involving test engineers early in the project to produce effective communication, developing an application infrastructure to ‘record’ existing E2E user interface tests, and maintaining the same test coverage, sharing an inter-organizational test automation project plan and defining clear roles and responsibilities.

Once we overcame the initial challenges and determined the most appropriate course of action, we began to develop the solutions that would make the project a success. These included:

From the start, we shared our high level plan with all the R&D level managers and asked them to assign a technical test engineer as a reference person with whom we would work on an ongoing basis. We also made sure that the test engineers were ‘shifted to the left’ meaning that they were involved in the project from the design stage so that they could provide feedback early in the process. And once the development path of the project was clear, we designed and conducted training and update sessions throughout. Along the way, we were able to track project progress, get feedback, raise red flags, suggest solutions, and update the project plan as needed.

Four lessons to take away

While I have described a specific test automation software development project in this article, there are lessons for anyone who needs to optimize the way they run projects. Here are four things to consider and consider the next time you develop a test automation project plan:

In the end, we succeeded in creating a unified management console offering the entire portfolio of Imperva cloud services through enhanced UX. Good luck with your next project!

*** This is a syndicated Security Bloggers Network Blog blog written by Dan Weinrauch. Read the original post at: https://www.imperva.com/blog/lead-a-cross-organization-test-automation-project-fearlessly/