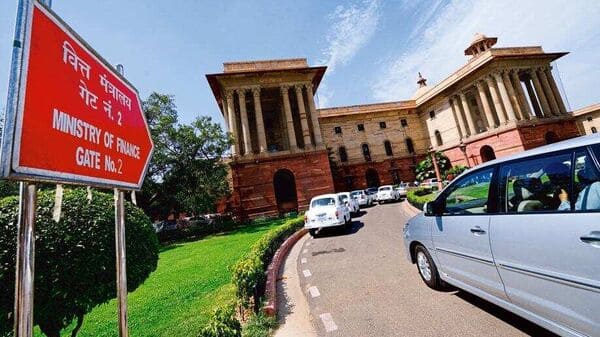 NEW DELHI : The government may miss its asset sale target again as a combination of reasons, including poor market sentiment and legal challenges, have delayed planned divestments from state-owned companies.

The divestments of Shipping Corp. of India, BEML Ltd, NMDC Ltd Nagarnar plant, Central Electronics Ltd (CEL), Pawan Hans and Concor have been delayed or held back, people familiar with the developments said, adding that the challenges encountered to complete strategic sales in progress were also delaying those in progress.

“Legal problems arose in the cases of CEL and Pawan Hans even after the divestment process was completed, but the transactions were stalled,” a senior official said, speaking on condition of anonymity.

The government has yet to decide whether it will reconsider the entire CEL transaction process, where a review of allegations made by the Public Sector Employees Union was underway, due to which the Letter of Intent to successful bidder Nandal Finance and Leasing Ltd has been suspended. The company’s offer was approved for ₹260 crore in November 2021.

A second official said the sale of non-core assets in Shipping Corp. of India, BEML and NMDC’s Nagarnar Steel Mill was progressing slowly as companies need to separate assets before deals can take place.

Mint announced last month that the headquarters of Shipping Corp. in Mumbai, Shipping House, a training institute in Powai and a few other properties will not be sold but transferred to the split Shipping Corp. of India Land and Assets Ltd.

As part of its strategic divestment strategy, the government will transfer its entire 63.75% stake in Shipping Corp., as well as management control, to a private entity.

“Only a handful of companies such as HLL Lifecare and Projects and Development India are making progress,” the official said, noting that several companies have shown interest.

The questions addressed to the spokespersons of the direction of the investment and the management of the public goods (Dipam) and the ministry for finances remained unanswered Sunday evening.

The government has set itself the goal of increasing ₹65,000 crore of disposal in the year to March 31. He has lined up more than half a dozen companies for strategic sales, including Ferro Scrap Nigam Ltd, Vizag Steel, IDBI Bank and HLL Lifecare, but so far he has been able to raise ₹24,543.67 crores, through the initial public offering of Life Insurance Corp. of India, sale offer by Oil and Natural Gas Corp. Ltd and Paradeep Phosphates Ltd and repurchase of the shares of GAIL (India) Ltd.

A senior finance ministry official said the government plans to issue an Expression of Interest (EoI) document for the sale of IDBI Bank shares by next month after obtaining clarification from the Reserve Bank. of India on the structure and size of the transaction. sales proposal.

The government recently organized roadshows in the United States. Based on investor feedback, he will seek to clarify the size of the deal, any guidelines or conditions on mergers, consortium composition and the way forward for the government to reduce its stake in the bank.

The sale of the remaining 29.54% state stake in Hindustan Zinc Ltd could also help it achieve the divestment target. The market value of the stake is expected to be approximately ₹32,000 crore.

* Thank you for subscribing to our newsletter.

How 0x4447’s Rsyslog Server can reduce centralized logging costs in your AWS organization.