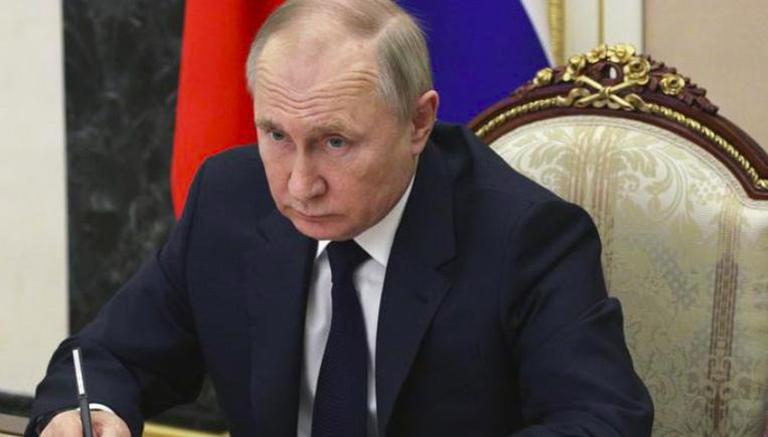 Former Russian journalist and Putin’s closest aide, Zhanna Agalakova, on Wednesday returned the medals awarded to him by the Russian president, saying he had “led the country into the abyss”. The famous Russian presenter worked for the public television channel Channel One for more than 20 years, but resigned in March following the Russian military invasion of Ukraine. She now lives in exile in France. On Wednesday, she posted on social media saying she had returned two medals: the Order of Merit for the Fatherland, second degree, received in 2006, and the Order of Friendship, awarded in 2018 in Moscow.

“Mister President [Putin]your leadership is leading the country into the abyss,” the ex-Russian journalist said in the note she shared on Facebook. “I consider your rewards unacceptable.”

Putin’s ex-assistant also flashed the French Post customs declaration for the package showing the destination address as “Kremlin, Moscow, Russia”. Earlier in an interview, she also urged Russians to stop watching state-run networks which she called Kremlin propaganda. “It’s a brainwashing machine,” she told the BBC’s Newsnight. “Don’t listen, find other sources of information.” Furthermore, she called Ukraine’s special military operation “evil” and that it brought “death” and suffering. “It’s like you live in two worlds. Even now when you watch the news in Russia, sometimes I do, it’s like two different planets,” Agalakova said.

One of the Russian rock legends of popular band ‘Mashina Vremeni’ or ‘Time Machine’ was blacklisted by the Ministry of Justice of the Russian Federation on Sunday for criticizing Russian President Vladimir Putin’s expansionist military programs and the ongoing “special military operation” in Ukraine.

Andrei Makarevich was seen next to Putin as English rock band Beatle Paul McCarthy of The Beatles performed an encore of “Back In The USSR” in Red Square nearly two decades ago. Makarevich has recently become a vocal public critic of Putin’s invasion of Ukraine, prompting the Kremlin to add his name to the list of people designated as “foreign agents”.