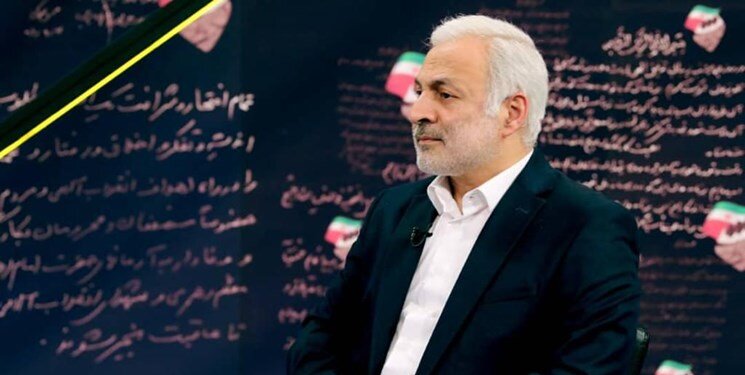 TEHRAN – Speaking on a live television broadcast on Friday evening, the head of the Iranian parliament’s National Security and Foreign Policy Committee addressed many issues, including the Vienna talks.

Vahid Jalalzadeh said one of the issues raised by Europeans in the new round of talks in Vienna concerned the previous six rounds of talks that took place between April and June.

â€œFirst of all, we don’t believe in the previous six rounds of the Vienna talks. These talks are a new negotiation. Why? Because the new government has a new instruction, â€he said.

He added that the Europeans insisted on resuming negotiations where they left off in June and contenting themselves with discussing the remaining brackets.

â€œThe parentheses are where we or the 4 + 1s had concerns. They told us not to deal with other cases. In other words, in previous negotiations, we agreed to things that the new government didn ‘not accept now, and even contradict the law of Parliament on strategic action and the lifting of sanctions, â€he noted.

He then clarified: “For example, according to [United Nations Security Council] Resolution 2231, the embargo on conventional arms should have been lifted around December of last year. The Americans do not accept this.

Jalalzadeh said that on the US Red List, 1,500 sanctions remained against natural and legal persons and that it was a “political scam” on the part of the United States.

According to the MP, the previous US administration knew that the next government, if it was a Democrat, would want to revert to the JCPOA, so they renamed some of the nuclear sanctions as “anti-terrorism sanctions.”

“The new government says the central bank is no longer nuclear, but it is on the terrorism sanctions list, so if you want to remove the central bank [from the list of sanctions], you must also negotiate on the sanctions list against terrorism. We’ve already warned negotiators of the same, that you know Trump has done the same and that he [the CBI] has nothing to do with terrorism and human rights, but they approved it (as an entity on the terrorism list) and they did not let it goâ€¦ Sometimes the European troika said we finished 90 95% of the job look at the volume [of the work], what were the remaining 5%? “

New government wants to maximize the benefits of the JCPOA

The senior MP said Iran’s new government and new delegation are looking to use all capabilities to maximize the benefits of the 2015 nuclear deal.

â€œThe strategy of the new government is to maximize the benefits of the upcoming negotiations; the other party also received this message in full. When Mr. Amir Abdollahian visited the United Nations Annual General Assembly in New York, the Americans sent the message that we were ready – with the same lexicon – to give you 15% more than before! Jalazadeh said without giving further details.

He added that as a result, the Americans requested that the Secretary of State meet with his Iranian counterpart in the United States, but the request was rejected by Amir Abdollahian because he had no instructions or authorization to negotiate directly with the states. -United.

“So they got the message that those responsible are united, so the main strategy is that we can serve the interests of the country in these negotiations,” he noted.

He went on to discuss the fact that the new negotiators may have initially opposed the JCPOA when it was signed, but are now working to reach an agreement on the basis of it.

â€œI myself have concerns about the 2015 nuclear deal, but we are committed to what the Iranian government has accepted. The leader of the Islamic revolution extended nine requirements to the implementation of the nuclear pact when signing the JCPOA. Take into account that we are currently negotiating the JCPOA, â€he noted.

He went on to express hope that the outcome of the new round, which should not be extended at all, will not be “talks for talks” at all, as the chairman requested of the team. negotiation. He then added that the other side was seeking an extension of the talks.

Bagheri negotiates on the basis of the JCPOA

Jalalzadeh also said that Iranian chief negotiator Ali Bagheri Kani entered the negotiations despite all his objections to the JCPOA.

“[The JCPOA] is the format on which it [Bagheri Kani] go ahead and negotiate. So I think it’s more of a psychological warfare on the other side (which Bagheri has opposed the deal in the past). The Minister of Foreign Affairs mentioned this point and others have said it as well. We also told Mr. Bagheri that these are just a few words and that it is psychological warfare, â€he added.

He then discussed the chief’s opinion, asking, â€œWhat did the chief say? Lifting of sanctions, verification, then complete return of the Islamic Republic to its obligations. The problems we have with the Europeans, and especially with the Americans, are the second step: verification. They say we’ll give you a day to check us out, the previous government wanted to agree on the one-day deadline.

The senior MP then criticized the “long day” proposal, arguing that it is impossible to verify the process of lifting the sanctions in 48 hours.

â€œThey say it’s a ‘long day’; but what does long day mean? They don’t want to go back a day, so they say, well, let’s say a long day! We say long day means what they say, 48 hour period. In 48 hours, can we get a cashier’s check, sell our oil, get the money, put it in a bank account, then turn it into a commodity and import it? They say about their own SWIFT (Society for Worldwide Interbank Financial Telecommunication) system that the software you (Iran) have is old. They say banking transactions and SWIFT software training take two months, â€he explained.

â€œWe said: do you think we are a child? The chief says verification is not possible in the short term. The Europeans have not lived up to their promise. What commitment have the Europeans made to the JCPOA? Even when Trump left, the Europeans sent us a quick message and told us not to get angry, because we will honor all US commitments! Someone must fulfill the commitments of the Europeans! he noted.

Later in the talk show, the senior MP explained the IAEA surveillance cameras.

â€œThe cameras installed on the basis of the additional protocol (to the NPT) were recording offline, in the sense that they have memory cards and that was stored, but the [International Atomic Energy] The agency’s inspectors came to replace the memories, put new ones, â€he noted.

He added that the cameras are recording now, but the memorabilia will not be returned to the agency.

â€œThese are stored in our own storage units. Why is this happening? One of the reasons was that given by Mr Grossi, and I thought it was rational, that if the negotiations ended and these cameras were cut and not filmed, that would be an excuse for the enemies of the Iran that these two, three, or six months, even a year during which no recordings were made, what happened in the Iranian nuclear installations? “

Foreign Minister Amir Abdollahian announced Wednesday that Iran has reached an agreement with the IAEA.

“Yesterday evening we reached a good agreement with the Agency which could allay some of the alleged concerns about Iran’s peaceful nuclear program and lead to continued mutual cooperation with the Agency,” Amir Abdollahian said. on the last day of the Iranian Heads of State Conference. diplomatic missions in neighboring and regional countries.

However, the foreign minister criticized the agency for resorting to the technical issue to “affect the Vienna negotiations” on certain occasions.

According to sources, the agreement reached between Iran and the IAEA covers the replacement of cameras at the Tesa centrifuge assembly site near Karaj.

Fort Smith organizations give back to River Valley for the holidays