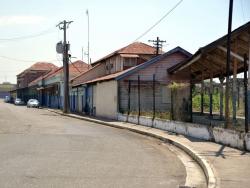 temporary member of the board of directors in an HR post, according to the boss of the railway company | New

The Jamaica Railway Corporation (JRC) says the appointment of Kemesha Harrison as head of human resources is a temporary commitment.

JRC acting chief executive Donald Hanson said Harrison had resigned from the JRC board, although he could not say when.

A request to the Cabinet Office for an update on the composition of the JRC board has not yet received a response.

The Sunday Gleaner reported that there was concern among staff, many of whom accuse the non-executive board of being “too involved” in the management of the company.

READ: Getting off the rails

Meanwhile, Hanson has sought to assure staff that hiring a permanent HR manager will be transparent.

“We did temporary work to avoid an imminent closure of the railroad because the guards are getting very agitated. There was a price and they weren’t paid, ”he said.

Hanson was referring to a Labor Disputes Tribunal ruling over two years ago demanding the payment of millions of dollars in service allowances to workers.

Harrison was appointed to the JRC board in November 2020 and was appointed as a member until August 30, according to the latest Cabinet Office board list released on September 20.

The position of head of human resources and industrial relations became vacant in March, but employees are also unhappy that it was only published on September 25.

Until this summer, Harrison worked in the administration of the Firearm Licensing Authority (FLA).

She previously worked with Sunbird Tours & Car Rental, a 37-year-old St Andrew-based company whose JRC chairman Dennis Wright is the sole director and one of two shareholders, according to records.

Harrison had joined the Department of National Security in 2016 before moving to the FLA sometime in 2019, documents have revealed.

Wright chaired the FLA board of directors for a year until August 2017, when he and its members resigned amid controversy over the licensing of firearms to people of questionable character.

The FLA reports to the Department of National Security, then headed by Robert Montague.

The JRC is an agency of the Ministry of Transport and Mines, of which Montague has been portfolio minister since 2018.

Wright is a former legislative candidate for the ruling Jamaican Labor Party, of which Montague is chairman.

Help the organization help others

Chad Paris joined The Marcus Corporation as Controller and Treasurer

Should you own shares of MannKind Corporation (MNKD) on Monday morning?