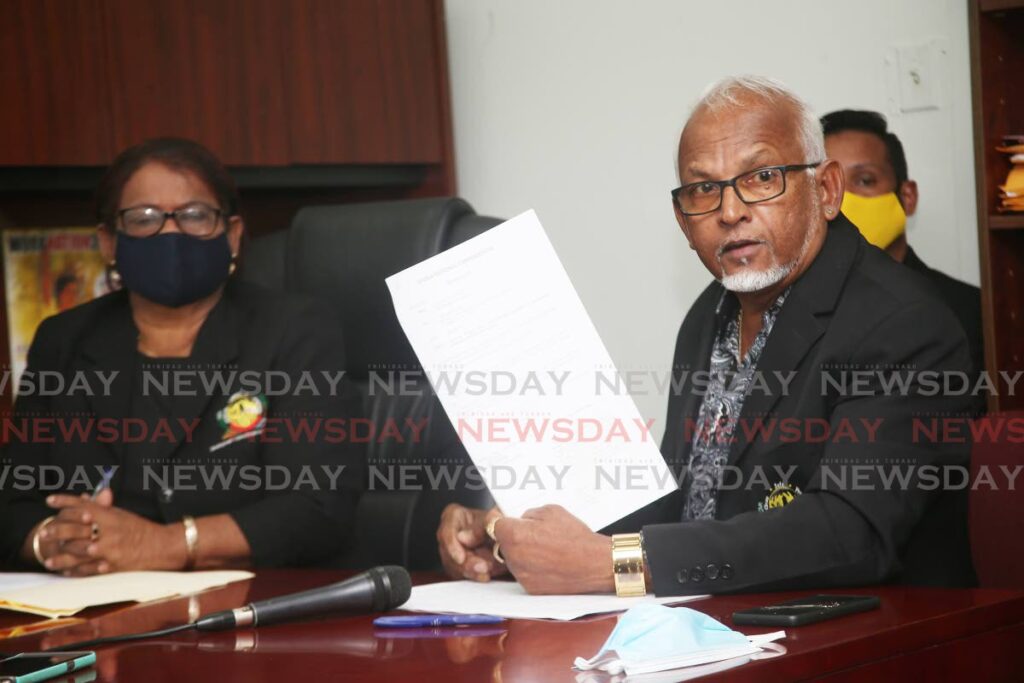 The Siparia company again complains about the lack of funding

Board members of the Siparia Regional Corporation accused the government of negligence, saying the UNC-controlled corporation did not have enough funds to properly serve the commoners.

Acting President Chanardaye Ramadharsingh and Councilor Doodnath Mayrhoo pleaded with the authorities to resolve outstanding issues before upgrading the company to borough status. They gave a press conference at the company on Friday.

They said the company sent a proposal to the Ministry of Rural Development and Local Government on March 22, requesting $7 million in additional funding.

The proposal is to be submitted for consideration at the mid-year review in Parliament.

“This amount is the shortfall we have with respect to the allocation. This is necessary to allow us to continue until the end of the financial year,” Mayrhoo said.

“There is no point in making Siparia a borough in the same state it is now – that would be a cosmetic change. It will cost a large amount of money to change all our signs and logos on vehicles and buildings, etc.”

He also called on the minister in charge Faris Al-Rawi to meet the council.

“This corporation has nine constituencies, and the allocation for this fiscal year was $800,000. That means the nine councilors and the president each receive $80,000,” Mayrhoo said.

“The local roads are in poor condition as we don’t have the resources to maintain them. Several landslides need immediate attention. Four out of six backhoes are not working. The company is paralyzed by the central government.”

Mayrhoo said of the company’s 68 vehicles, 29 are malfunctioning.

Last month, the Prime Minister announced that the Siparia and Diego Martin corporations would become boroughs.

Siparia serves more than 80,000 people from Syne Village to Mosquito Creek to Icacos.

“Right now we are operating on credit. Suppliers are refusing to give us a line of credit again because we have run out of credit,” Mayrhoo said.

He repeatedly criticized the government, accusing officials of “playing political games with the bourgeois”.

The company is also understaffed, he said.

“If there is an attempt to displace a worker from this company, we are ready to take all necessary measures to guarantee the job security of each worker.”