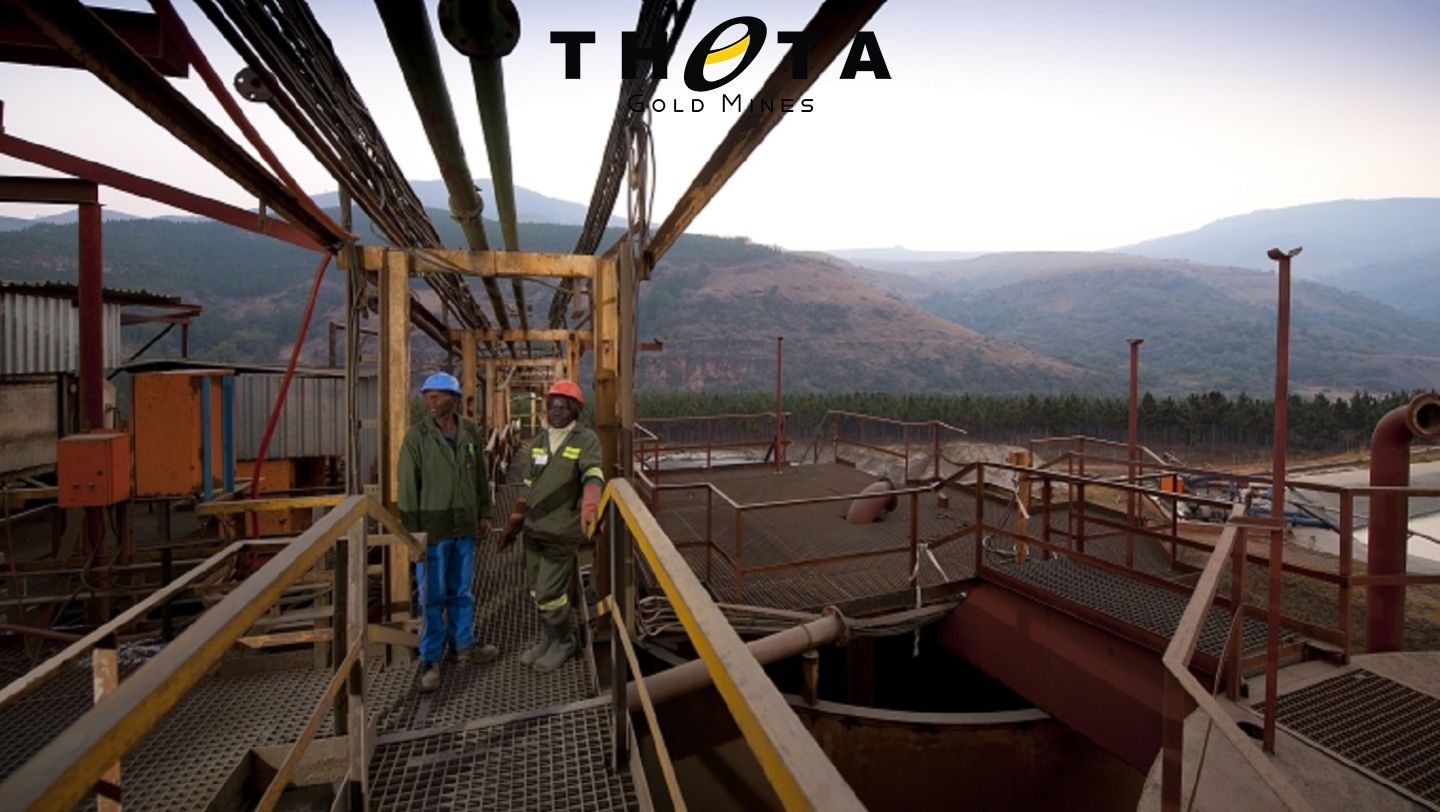 Sydney, Australia (ABN Newswire) – Theta Gold Mines Limited (ASX:TGM) (FRA:3LM) (OTCMKTS:TGMGF) is pleased to announce the extension of its underground pre-feasibility study (PFS). The Company added the Rietfontein mine to the PFS mining schedule announced on April 13, 2021, which included the Beta, Frankfort and CDM mines. Collectively referred to as the TGME Underground Project (UG).

The first results of the Rietfontein PFS are positive and the Board has decided to accelerate the study by including it in the definitive feasibility study for the TGME underground project, which is also expected to be published in the second quarter of 2022.

The Rietfontein PFS requires validation from metallurgical tests which are still in progress. Due to the global backlog currently being experienced in laboratories, metallurgical results are expected to be available in Q2 2022.

The company continues to deliver on its commitment to improving project economics and expanding the production profile. The team initially delivered an initial underground pre-feasibility study based on just 16% of the underground gold resource of 4.5 million ounces Au and only incorporated three mines out of a total of 43 historical mines in the area of the project. It also considered only measured and indicated resources for initial inclusion in production and reserve conversion. Inferred resources from these Phase 1 mines, as well as over 40 historical mine sites under management, are being systematically studied and will be incorporated into future production modeling. This was a very positive first step for the development of the gold field.

The initial study focused on ready access to 684,000 oz Au in the measured and indicated categories of the TGME underground resource for the Beta, Frankfort and CDM zones. The team achieved a conversion factor of 63% of the resource to mining reserve in these areas. Another 3.5 M oz Au of inferred resources is available to be upgraded to the measured and indicated resource category, and part of it could potentially be converted into mining reserves.

Following the conclusion of the initial PFS, Minxcon (Pty) Ltd (“Minxcon”) was retained to develop the PFS to understand the added value of including Rietfontein to the overall underground strategy. The study was completed in December 2021. No changes were made to the three operations mentioned above. Likewise, the economic entry parameters remained unchanged from the previous study of 2021. No cost escalation was considered as the effective date was still in 2021. Rietfontein was scheduled as the last of the initial four operations and is expected to begin operations while Frankfurt is exhausted.

A conservative approach was applied to the study, as production from Rietfontein was only integrated at the end of the life of the project and throughput capacity remained unchanged. The Rietfontein mine, with a mine grade of 6.82 g/t, is the highest grade of the four mines incorporated into the project. As part of the Definitive Feasibility Study (DFS), the option of integrating production from Rietfontein earlier, as well as increasing throughput capacity, is being considered.

A current limitation of the Rietfontein study is that further metallurgical testing is required. A sampling campaign is currently underway, from which more representative test work can be carried out on the ore at the mine. For PFS, a metallurgical recovery factor of 80% was applied at Rietfontein, despite much higher recoveries achieved historically. The proven results will therefore be incorporated into the DFS, and it has been decided not to declare a reserve for Rietfontein until further tests are completed.

The Geovia Stope Shape Optimizer (“MSO”) software tool which produces stope shapes optimized for the mining method was used. The MSO passages were carried out at the cut-off grade of 160 cm.g/t.

Theta Gold continues to demonstrate excellent project economics for what it believes to be only a small portion of the underground resource, the company will continue to develop its mining reserves over the next year by advancing Rietfontein and other mines up to DFS level. The Company remains focused on its goal of reaching 160 koz/year within five years through a multi-mine development program.

Chairman, Mr. Bill Guy, said: “The Board is pleased with the initial results of the Rietfontein PFS and has decided to add Rietfontein to TGME’s underground definitive feasibility study. This addition is expected to increase the production profile and life of mine, as well as further improve the economics of the project. »

“Rietfontein high-grade ore was mined successfully until 1945 using the pull-out method, producing 65 koz of gold from 227,000 tonnes of ore, recovering over 8 g/t. This method was also chosen for the PFS due to the proven methodology and relatively low ore dilution.The development of Rietfontein will take place within the existing historic footprint, with minimal new surface disturbance.

Theta Gold Mines main project is located adjacent to the historic gold mining town of Pilgrim’s Rest in Mpumalanga Province, approximately 370 km northeast of Johannesburg by road or 95 km north of Nelspruit (capital of the province of Mpumalanga). After small-scale production from 2011 to 2015, the Company is currently focused on constructing a new gold processing plant within its approved footprint at the TGME plant, and processing oxide gold ore Theta Open Pit. Surface and underground mines and nearby prospects are expected to be further assessed in the future.

The company aims to build a solid production platform of more than 100 Kozpa based primarily on shallow, open-pit or gallery-entry hard rock mining sources. Theta Gold Mines has access to over 43 accessible and explorable historical mines and prospecting areas, with over 6.7 Moz of recorded historical production.