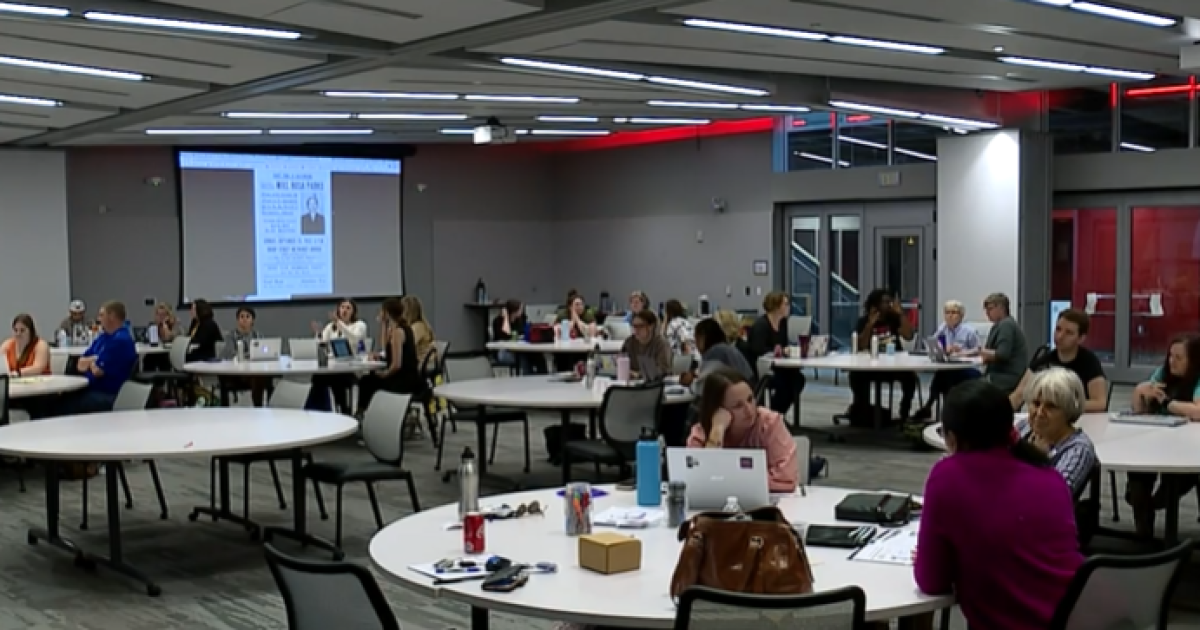 KANSAS CITY, Missouri – It may be summer vacation, but a group of local educators have spent the past week working to improve their program, focusing specifically on how to incorporate more history blacks.

About 40 educators attended a workshop at the Missouri Innovation Campus in Central Missouri called the Racial Equity and Learning Project. It was organized by Races United, an organization dedicated to ending systemic racism.

One of the participants was college professor Ben Gipson. He said his goal was to find ways to highlight the multidimensional aspects of black history within American culture at large.

“Black history is full of happy things,” he said. “It contains so many different elements of the American tradition that it’s hard to look at only the bad when so much good has also happened.”

Gipson said he hopes that by moving the curriculum from a Eurocentric perspective to a more multicultural one, his students will find inspiration and validation.

“I think what’s cool is that they’re starting to see, ‘Oh, actually, I’m portrayed in the story. There are stories that were told by my grandparents, by my parents and even beyond, who showed the beauty and the tradition and the hardships they had to face, “said Gipson.” Giving them this story helps them understand where they are from, but it also gives them the ‘opportunity to see where they can continue to grow. ”

Another workshop participant, Cornell Ellis, had been a full-time teacher for 10 years before he founded BLOC, an organization dedicated to increasing the number of black male educators in schools.

He said representation is vital, not only to who students are learning from, but also the stories they are learning about.

“We talk a lot about a monolithic story that is often told, a one-sided story, or maybe two or three archetypal figures through black history,” Ellis said. “Not only are there more characters, facts and stories unknown in black history, but there are also multiple sides and perspectives to the same archetypal figures that we have hung on all our lives. And it’s important. that we tell not only every story, and every point of view, but also every aspect of those stories and that we are able to humanize black history. “

Ellis said he hopes to incorporate more lessons on slave rebellions, “in order to really reverse the narrative of talking about slaves to more enslaved people who actually have a full range of emotions and abilities. resistance”.

On day one of the four-day workshop, educators listened to a presentation by Dr. LaGarrett King, director of the Carter Center for K-12 Black History Education at the University of Missouri.

King developed a framework for teaching black history, which educators who attended the workshop will use in developing their lesson plans.

On the second day, they heard presentations from several community partners to learn about the various resources available to them.

One of those partners was the Kansas City Public Library and more specifically, the Missouri Valley Special Collections.

“We want to make sure that everyone, whether you are an educator or a student [or] an interested parent can access these materials and learn more about the stories of Kansas City residents, ”said Matt Reeves, Education and Outreach Librarian at Missouri Valley Special Collections.

This collection includes thousands of digitized photographs and other material related to the history of the Kansas City area. This is accessible to all online, or in person at the Central Library branch.

“When we can offer these documents, we can give voice to people who have been traditionally marginalized or who have not been heard,” Reeves said.

The third and fourth days of the workshop allowed educators to develop new lesson plans with this renewed focus on black history.

Once approved by an Advisory Board and the Races United Education Committee, these plans will be made available free of charge to any teacher who wishes to use them.

“What my job does is to revolutionize and politicize the education of young black children, so that they see that education is a way to change the world,” Ellis said.

More information can be found on the Races United website.

This is why the CEO of Brown-Forman Corporation (NYSE: BF.B) can expect his salary increase